The Earp brothers were in life Wyatt, Morgan and Virgil Earp. They were members of the old guard of the West, with each one being a folk hero in American lore as well as a real historical figure. The are perhaps most famously known for the gunfight at the O.K. Corral. 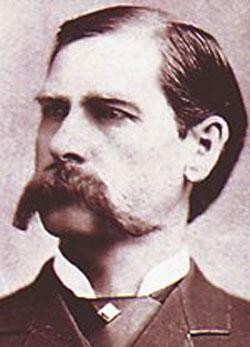 He was a law man in various frontier towns of the Old West as well a teamster, buffalo hunter, an avid gambler and saloon keeper. It is also know that he was boxing referee and was also a miner. He an his brothers had the uncanny reputation as being unkillable due to both their skill with a gun and the sheer number of gunfights they had survived.

Wyatt Earp died at home in the Earps' small apartment at 4004 W 17th Street, in Los Angeles, of chronic cystitis (some sources cite prostate cancer) on January 13, 1929 at the age of 80. 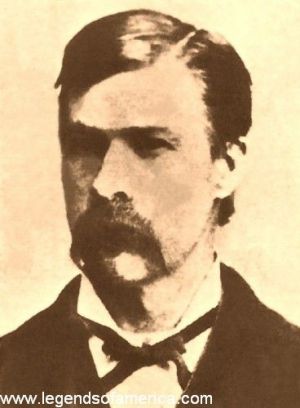 Morgan was the younger brother of Wyatt and Virgil Earp. Wyatt and Morgan worked as shotgun messengers for Wells Fargo & Co., deputy sheriffs for Pima County, and also as deputies under Tombstone's Chief of Police Virgil Earp, his older brother. He is known for his hot temper, mostly in part thanks a book written by Virgil's wife Allie titled "The Earp Brothers of Tombstone". In life, however, he was known to show the same cool headedness as his brothers in danger or tight spots.

Two months after the gunfight at the O.K. Corral, in December 1881, Virgil Earp was seriously and permanently wounded in an assassination attempt. By February 1882, Morgan had seen enough of the general danger to the Earps in Tombstone and sent his common-law wife Louisa Houstin Earp to the Earps' parents in Colton, California. However, Morgan chose to remain in Tombstone to guard Virgil, support Wyatt, and continue to work in law enforcement.

Morgan was ambushed about 10 P.M. on Saturday, March 18, 1882. After going to see a musical, he went to play a late round of pool against owner Bob Hatch at the Campbell & Hatch Billiard Parlor on Allen Street, in Tombstone. There, while playing, he was hit by a rifle shot to the side of his lower back. An assassination attempt was also made at the same time on Wyatt Earp, who was watching the game, but the bullet missed.

The rifle shots entered the lighted billiard parlor through a glass-windowed locked door which opened from the rear of the parlor onto a dark alley, which ran between Allen and Fremont Streets, along the side of the parlor. The Campbell and Hatch Billiard parlor and card room no longer exists, having burned in a fire in May 1882. It was two lots east of Hafford's Saloon on 4th Street and Allen, which was re-built after the fire and may be seen today. An old photo said to be of the interior of the Campbell & Hatch billiard parlor room, is actually of another similar establishment.

The bullet that hit Morgan shattered his spine and passed through his left kidney. The wound was pronounced fatal by the three doctors who examined him a short time later. After being shot, Morgan was unable to stand even with assistance, and said "This is the last game of pool I'll ever play." Wyatt reported in his biography years later that Morgan, before dying, whispered to Wyatt "I can't see a damned thing," a reference to supposed visions of Heaven seen by dying people, which Morgan and Wyatt had discussed on a previous occasion. To the last, Morgan's behavior is in keeping with what is known of him. He died less than an hour after being shot, while lying on a lounge in an adjoining card room of the billiard parlor, not on the billiard table, as some accounts report. 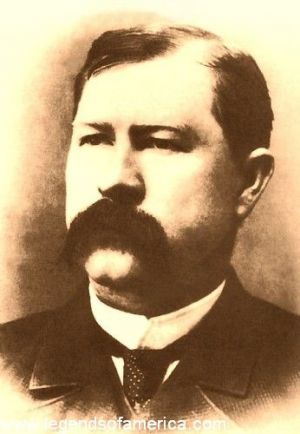 Like his two brothers, Virgil Earp spent his life working in law enforcement. On October 30, 1880, Virgil became acting town-marshal of Tombstone, after town marshal Fred White was shot and killed by outlaw and gunman "Curly Bill" Brocius. Virgil was not present at the White shooting, and Brocius was actually arrested by deputy marshal Wyatt Earp, assisted by his younger brother Morgan Earp. With the town marshal appointment, Virgil held both a federal law enforcement position, as well as the top local law enforcement position for the town of Tombstone. Virgil, however, held the latter job for less than two weeks before being replaced by Ben Sippy in a special election in which Virgil was narrowly defeated.

As city marshal it was Virgil's job to enforce local ordinances such as those against carrying open or concealed weapons in town. Although history and Hollywood have painted the picture of Virgil introducing that law, he did not, as it was already in place when he took office. It was Virgil's attempt (along with new deputy Morgan Earp and temporarily deputized citizens Wyatt Earp and John "Doc" Holliday) to disarm Frank McLaury and Billy Clanton; leading to the fight and deaths near the O.K. Corral.

During the gunfight at the OK Corral, Virgil Earp was shot in the calf of the leg (thought by Billy Clanton). Three days after the O.K. Corral gunfight, the city council suspended him, while investigating the outcome of the shootings. Virgil was eventually proven innocent of any law breaking, but his reputation suffered thereafter and never recovered.

After suffering from pneumonia for six months, Virgil died on October 19, 1905.

The Earps, along with their friend Doc Holliday, star in the famous episode of The Real Ghostbusters titled "Ghost Fight at the OK Corral."

When a theme park is scheduled to be built over the infamous Boot Hill Cemetery, the four most famous lawmen, the Earps and Doc Holliday, return to drive off what they see as an invasion, violently opening fire with super-charged ectoplasmic charges that act like bullets.

The Ghostbusters and a news reporter are the only ones left in town after the four ghosts run everyone else out; the tensions run high as the Ghostbusters try to capture the dangerous ghosts while trying to stay alive themselves!

At sundown, the Earps, Holliday and the Ghostbusters meet face to face for a final showdown in Tombstone's main street where ectoplasm meets particle stream in a true Old West gunfight, Ghostbusters style!