The Proton Packs were built by the prop department at Columbia Pictures; various hero and stunt models were used in both films.

The Hero Packs used in the first film were fiberglass shells mounted on aluminum motherboards, which were bolted to A.L.I.C.E. frames. Many of the add-on pieces (such as the ion arm, booster tube, etc.) were made of aluminum. The detail pieces (resistors, tubing, etc.) mainly consist of vintage electrical and pneumatic fittings. 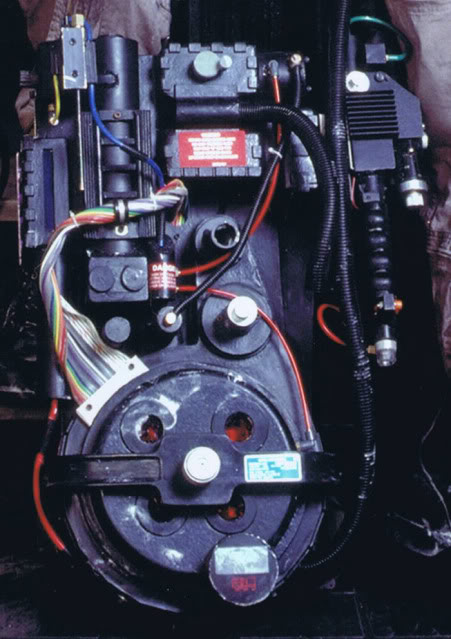 The aluminum Neutrona Wands on the hero packs feature extensive lighting, flash-bulbs in the tips (for syncing SFX), and a barrel-extension mechanism controlled by a small green lever. At least one gun (sometimes referred to as the "Super" Hero Thrower) has a fully scrolling orange "bargraph" light.

This "Super" Hero Thrower (above) is also distinguished by a few other unique features:

- The Clippard valve is an R-331 with the brand label facing up. - The top gun knob and the lever shaft collar were painted black. - The red pie-chart label next to the bargraph window is missing. - The white hat light on the top surface of the gun box was replaced with an orange one. - The gun lights are controlled from the bottom toggle switch on the gun box, instead of the "ACTIVATE" switch on the trigger box. 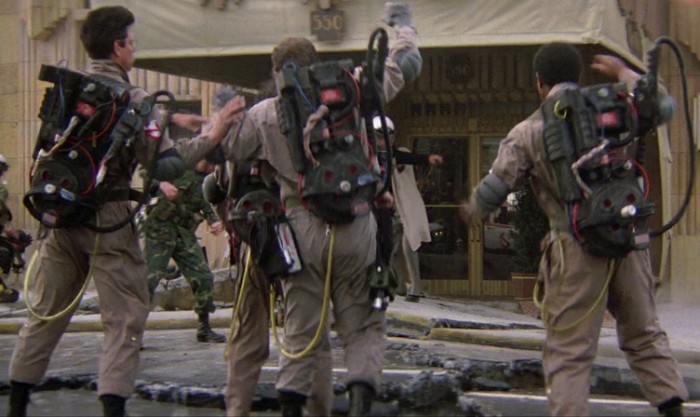 The Hero Packs from the first film were slightly modified to match the lighter Semi-Hero Packs. Some of the changes include: 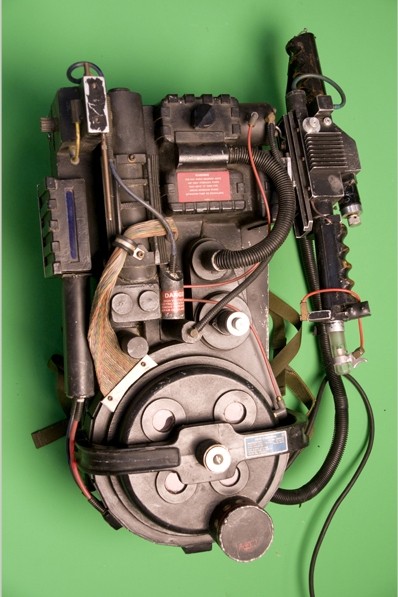 The Semi-Hero Packs were built as a lightweight alternative to the heavier Hero Packs. These fiberglass shells were cast from a Hero Pack with the Booster Tube, Booster Frame, Ion Arm, and N-filter molded directly onto them. The Shock Mount, Bumper, Injectors, and HGA were simply cast in resin. 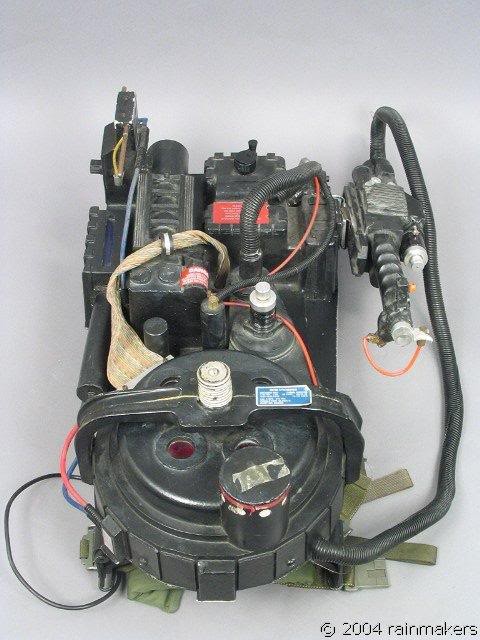 The fiberglass Neutrona Wands have fewer electronics and lack the barrel-extension mechanism (as well as the green lever). The heatsink and aluminum knobs (except for the top "stream adjuster" knob) were molded directly onto the gun.

A Semi-Hero Pack can be easily identified by its shallow Booster Plug. The Booster Tube was filled in the on the original buck in order to prevent undercuts during the casting process. 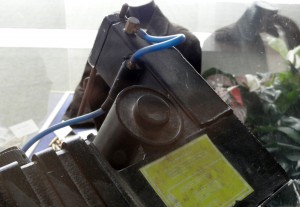 These foam and rubber stunt packs were briefly seen during the trial and the battle with Vigo. Like the Semi-Hero versions, many of the add-on pieces were molded directly onto the pack. At least one of these stunt packs is mounted upside-down on the A.L.I.C.E. frame. However, unlike the GB1 stunt packs, these were actually attached to aluminum motherboards. 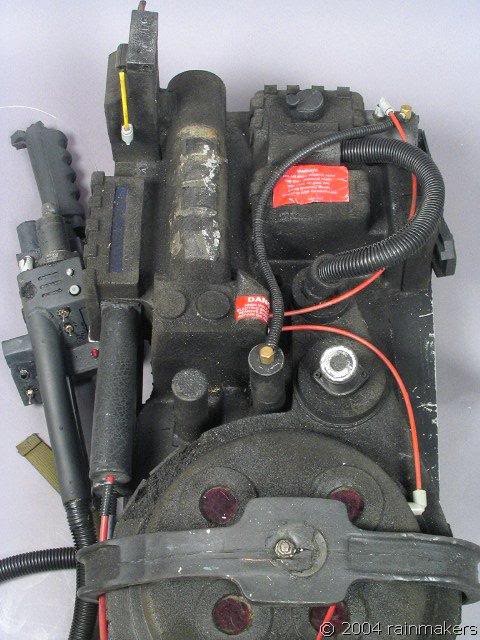