In 1983, Bernstein, well known for being a prolific and celebrated composer in the 1950's, '60's and '70's, was chosen by director Ivan Reitman to score his new film Ghostbusters even before any of the actors had signed. Bernstein and Reitman had previously worked together nearly half a dozen times on such classic films as Animal House and Stripes, and his involvement in Ghostbusters was accepted without question from the studio.

In order to give the score an appropriately 'eerie' feeling, Bernstein chose to utilize a relatively unknown French instrument, the ondes martenot, a keyboard variation of the theremin (best known for it's use in the song "Good Vibrations" by The Beach Boys).

As was common for films of the day, several themes of the score were shelved in favor of more radio-friendly songs from popular recording artists. In particular, Bernstein's main theme for the film, "Ghostbusters!" was rejected in favor of the now infamous Ray Parker Jr. hit of the same name. While Bernstein's theme is still well known amongst his fans (he often scheduled the song in concerts and it has appeared on multiple compilation albums), it remains largely unknown to all but the most loyal fans of the film.

The underscore between main themes is similar to a lot of Bernstein's 1980's comedy scores, containing multiple short tracks, often very theatrical and overly exaggerated bits of score which accentuate the comedy by their seriousness, and plenteous bursts of ondes martenot.

Bernstein continued to compose comedy scores throughout the '80's, but with an increasing distaste for working within the genre, the composer would declare himself done with comedy by the time a Ghostbusters sequel was proposed, and opted out of the franchise. 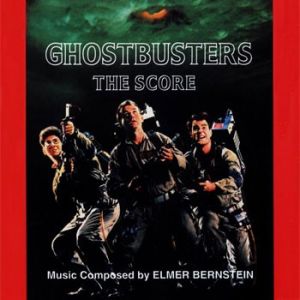 This was a bootleg of the Ghostbusters Score. Some sources say that it was a promotional CD with a very small amount made (about 100). Most copies floating around are bootlegs burned on to CD-R discs. 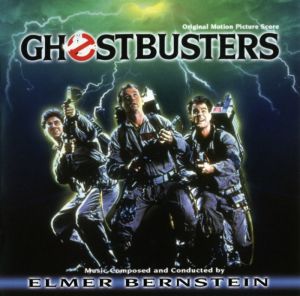 Official release of the Ghostbusters Score by Varèse Sarabande for their CD Club release in March 2006. It had a limited release of 3000 copies worldwide.