By 3N19M4 -  February 6th, 2020, 3:13 am
-  February 6th, 2020, 3:13 am#4930859
Over 12 years ago, there was a prop inside Ghostbusters II that caught my eye. A very distinct piece of equipment was used to collect the negative reacting substance known as mood slime. I remember watching the film for the first time and becoming amazed by this little gadget; how it extended and collected a sample from a safe distance, while also retracting to Ray! This gadget is known to us as the "Slime Scoop".

I've always wanted this little piece of their gear, simply because of how freaking cool it was! Now, I could have gone the route of screen accuracy, but if anyone knows me I HAVE to make my own version of it. Screen accuracy is cool and all, but who would have this exact slime scoop I made? Exactly!

Starting off with the supplies (which I forgot to take pictures of separately), I grabbed a 4" square PVC electrical box, 1/2 PVC pipe, 1/2 inch end cap and 1/2 connector from Home Depot. The cost for all those were around $5. I then found an old tripod and fishing reel at my local thrift shop for $12. So far, so cheap.

The main issue and biggest pain in the butt was attaching the fishing reel to my electrical box. I attached it using a metal bracket I cut and bent to shape, then screwed into the box itself. It still winds up, so this is a plus! 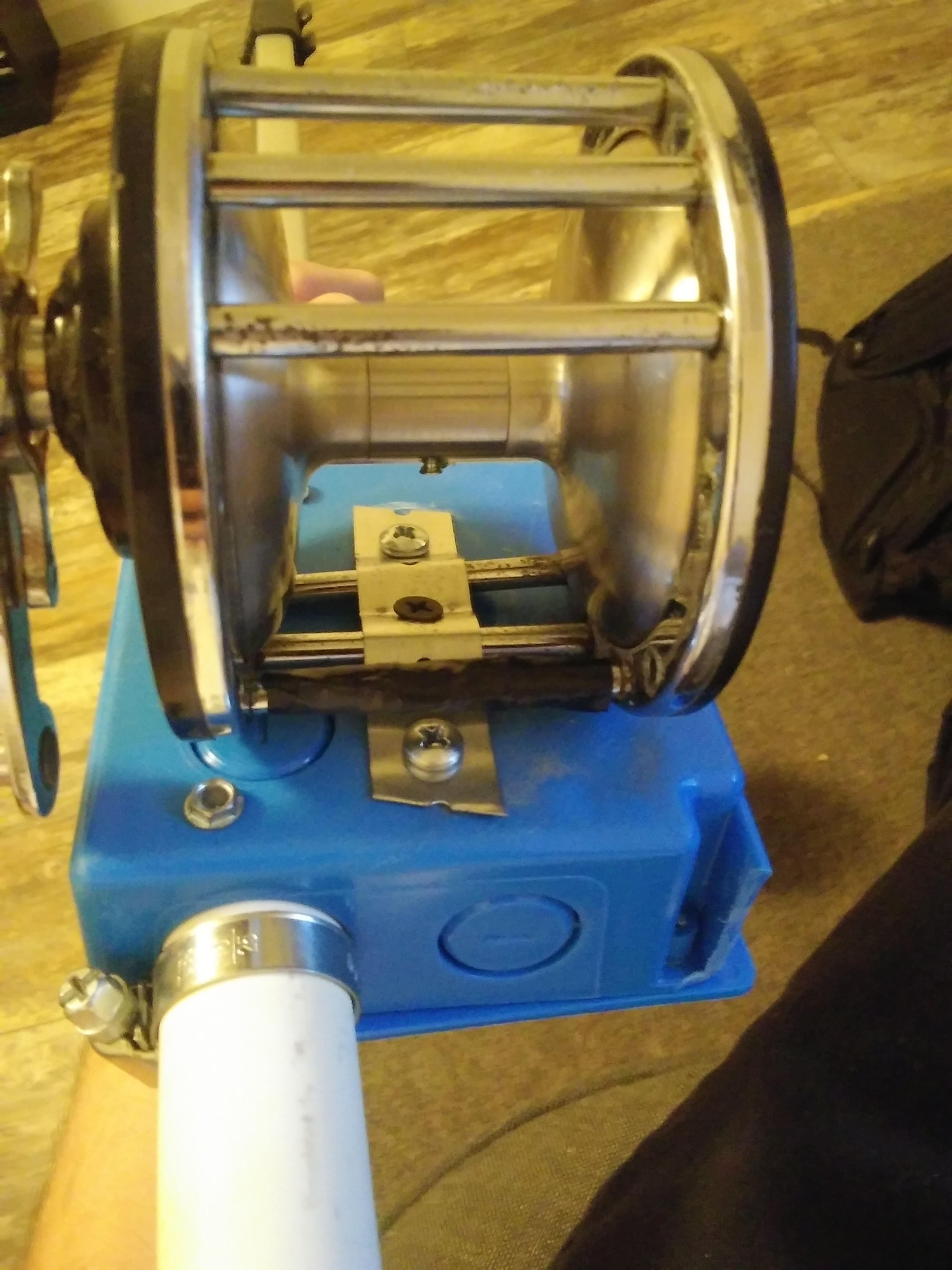 Next was getting my handle and extension arm mounted on. I cut the PVC to about 10 inches and cut the PVC connector in half. I attached the connector and pvc pipe together to create the handle, screwed it into place, and attached a steel hose clamp to make sure the handle wasn't going to go "loosey goosey" on me. I then detached one of the tripod legs and connected it from the inside, as well as added another steel hose clamp. 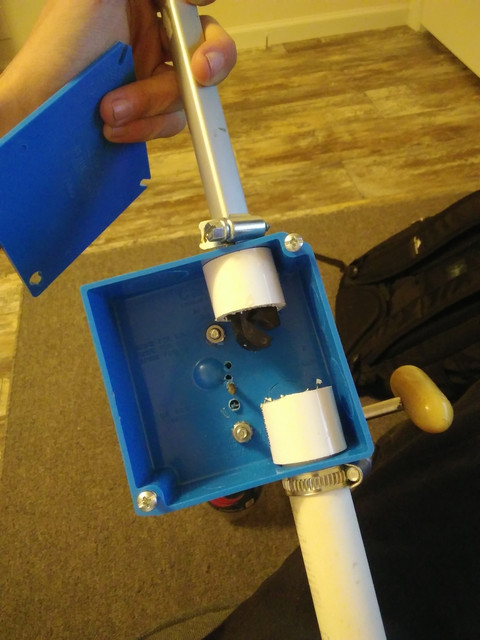 Although it may look a mess now, I do plan to spray paint it black, add electronics, weather it and make the damn thing actually scoop things up, as well as reel back to me. Funny enough, this looks like a fishing rod and I love fishing with my dad, who is also a Ghostbuster fan. Coincidence? Probably not. haha 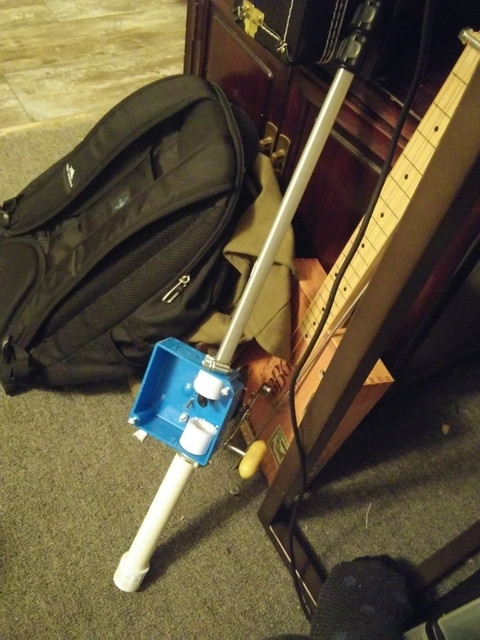 The very next step is taking the two ice cream scoops I got at walmart for $15 bucks and cutting them to make the scoop section. That will be in the next update I make!
cristovalc liked this

Reply
Return to “Other Props”
13Apr

I decided to do my own capture of this deleted sce[…]

There's nothing you can say that won't convi[…]

We know the connectors in the first film had black[…]