Discuss the upcoming movie to be released in 2020 and directed by Jason Reitman.
Reply

Do you have a topic at the "Collections" subforum?

I do not. Never really thought about it.

Kingpin wrote:I'm sorry again for the disruption, everyone. It isn't fair that the actions of one person are having an impact on the discussion featuring everyone here.

I'm afraid I can't promise this will be the last time I'll have to temporarily lock the topic... But I hope we can restore some semblance of normal service for the moment.

Oh i'm sure the beast will rear it's ugly head again. we'll just have to aim for the flat top.
deadderek liked this

With this newest delay I'm going to...

For me, I'm going to work on my Kenner collection and enjoy watching the films a few more times before they are part of a trilogy. Might even use the extra time to find some second hand boots that fit me better than my Corcorans.

One thing that I have wanted to do for ages and still haven't done is a fan edit of the 2016 movie. I don't have the actual editing skills, but I have an imported Blu-ray that has the extra hour of material on a disc rather than online, and I can certainly lay out all the changes I would've made. Can't say I think I'll pull it off, but who knows. It's an idea that always floats around in my head.

Rick Moranis lives in New York too. So its not like hes far.

This might be an unnecessary explanation, but every studio movie has reshoots built into it. In general, it's pretty inevitable that you lose scenes when you edit the movie together, and if those scenes have crucial exposition that you still need in the movie, there are all these little holes you've got to patch, so either you shoot new scenes or you integrate the same information into other scenes. Sometimes people believe reshoots are a sign that something has gone wrong, and they can be, if the reshoots are extensive, but the mere presence of reshoots means nothing.

I still don't believe Rick will be in the movie. He said in 2016 that he didn't want to do cameos, that he wanted substantial roles. Breznican said point blank in Vanity Fair in 2019 that Rick wasn't back. He didn't pop up in the Reunited Apart reunion, which was also a Zoom call. It seems like a mistake to get excited about him, IMO.
Coover5, Alphagaia liked this

I've storyboarded a little fan movie featuring myself as a fake cheap ass GB because I can't afford to fly the real Ghostbusters over to the Netherlands and take care of a ghost in my parking garage.

I'm currently trying to find the time and motivation to finish my thrower and I've been catching up on a backlog of GB reads.
I'm also planning to get back into sculpting and other practical effects related things at some point in the near future to keep the old mind occupied during the wait for Afterlife and looking forward to a return to some form of normalcy in terms of being able to go out and do things again.

I'm really exited for the new movie though.
Despite any delays, it's high on my list of things to look forward to.
Not just the movie itself, but the inevitable buzz and everything that will be going on around it at release as well as post release with the eventual bluray and (hopefully) some juicy behind the scenes content.
As well as years of scrutinising reference materials and prop replication that will come from all of it .
Coover5, Alphagaia, BatDan and 1 others liked this

On top of the list there's a parody of James Cameron's Titanic called: "Titanic: the absolutely really maybe true story of that boat".
RedSpecial, Coover5 liked this

What's interesting to me is it references BOTH Ghostbusters movies. Are there any other (official) shirts that do that? 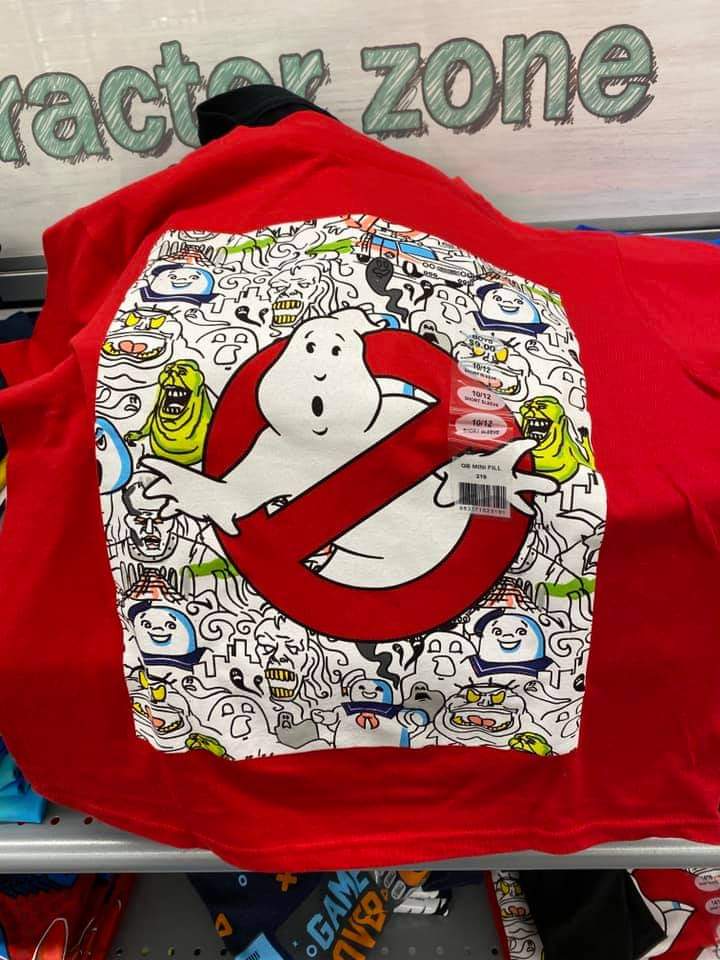 Sav C, mrmichaelt, Corey91 liked this
"Ok. opening at number 2, to sub 50 million, next to the 2nd weekend of an animated kids movie, is NEGATIVE. Let me just clear that up right now. There is no middle ground on this. Studios DO NOT spend 100 million in marketing money to open at number 2. No sir. No. No. No. No." - Richardless

Celebrities showing up for the sake of a cameo? No.

More recognizable faces in the cast than we've been shown so far? For sure.
Sav C, deadderek liked this

It’s been mentioned before but I’d like to see Adam Savage as a cameo.

I’m doubtful this movie will have a montage like the first two, which was where the majority of the cameos were, at least in the first one.
deadderek, Sav C, Hairy Biker and 1 others liked this
That's what she said.

Hairy Biker wrote: ↑January 26th, 2021, 12:18 am Ummm is anybody else seeing these Inappropriate usernames liking posts?

Sock puppet accounts from a banned user. However, bans don't remove the like/dislike member notation in the lower right side of posts. I've inquired about how they can be removed.
Sav C, deadderek liked this
Ghostbusters IDW Sales Chart (Updated for March 2020)

Hairy Biker wrote: ↑January 25th, 2021, 4:59 pm I'm still hoping Jason Rietman has a cameo after the big battle during the crowd celebrations and yells out "my dad says you're still full of crap"

A variation of that would be my fav post-credits scene. With both Reitmans though!
Alphagaia, Hairy Biker, mrmichaelt and 1 others liked this

Hairy Biker wrote: ↑January 26th, 2021, 12:18 am Ummm is anybody else seeing these Inappropriate usernames liking posts?

Sock puppet accounts from a banned user. However, bans don't remove the like/dislike member notation in the lower right side of posts. I've inquired about how they can be removed.

Some people need a life.
deadderek, zeta otaku, Kingpin and 1 others liked this

Otherwise, best to continue talking about just Afterlife in the Afterlife discussion thread.

For instance, anyone think of Wallace Shawn when they saw the Muncher's face in the MasterChef Jr. Spain episode?
Alphagaia, Chicken, He Clucked and 4 others liked this
Ghostbusters IDW Sales Chart (Updated for March 2020)

The second I saw his face I heard his iconic voice and now I want him to voice Muncher and ask for more Latinum and proclaim how smart he thinks he is.
mrmichaelt, timeware liked this
Looking for an 3D Artist for Fan Project: viewtopic.php?p=4942316#p4942316

Alphagaia wrote: ↑January 26th, 2021, 2:13 am The second I saw his face I heard his iconic voice and now I want him to voice Muncher and ask for more Latinum and proclaim how smart he thinks he is.

Alphagaia wrote: ↑January 26th, 2021, 2:13 am The second I saw his face I heard his iconic voice and now I want him to voice Muncher and ask for more Latinum and proclaim how smart he thinks he is.

We just witnessed the birth of Muncher.
mrmichaelt, Sav C liked this
Looking for an 3D Artist for Fan Project: viewtopic.php?p=4942316#p4942316

I knew he could regurgitate and spit stuff, but that's a cool use for all of his hands. 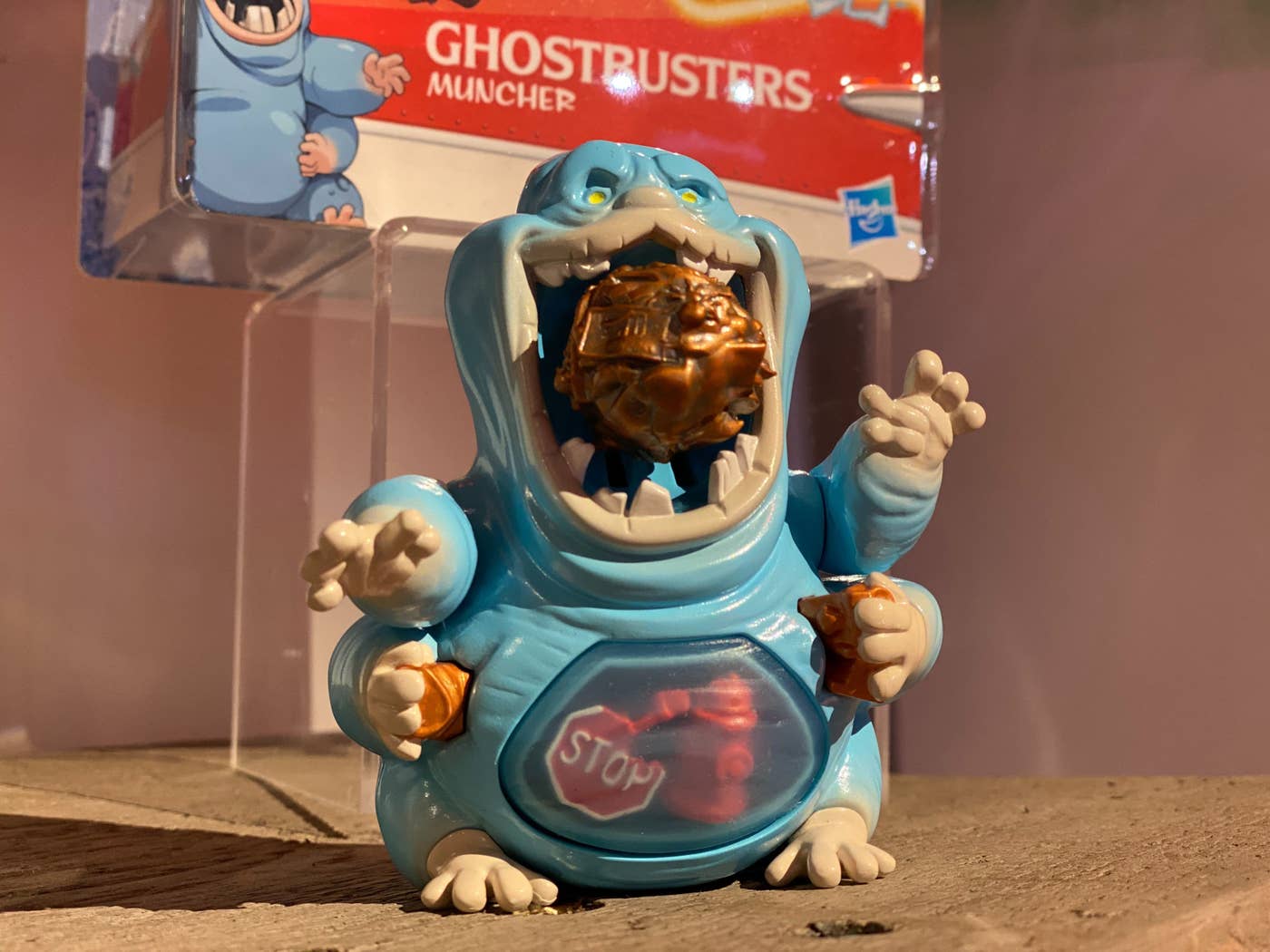 Alphagaia wrote: ↑January 26th, 2021, 3:25 am I can't believe I only just noticed this, but is Muncher pulling metal out of body from his sides to use as projectiles? Look at his middle hands.

I have the 2 RGB Omnibus collections which essenti[…]

I've come a long way with this project. I started […]

I was at work last night and did some reading up[…]

Does anybody have a higher quality image of this p[…]