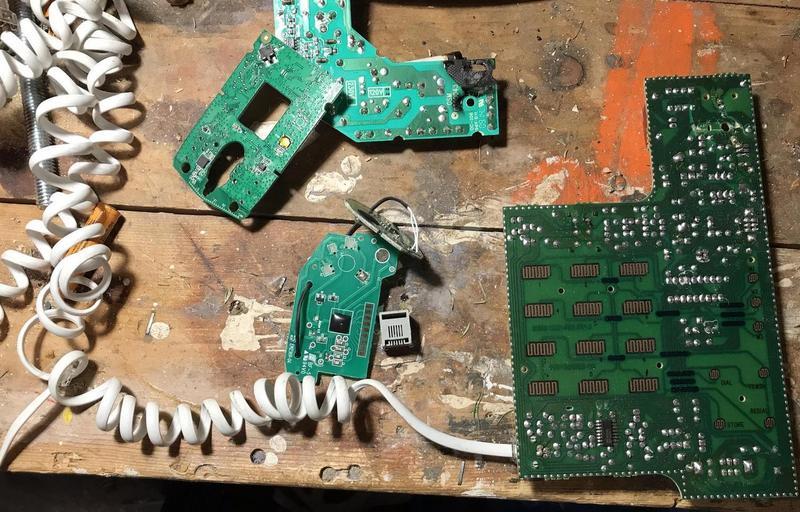 So there's the guts out of a standard landline telephone. Hey, the way it's shaped kind of looks like a good spot for a screen of some sort... 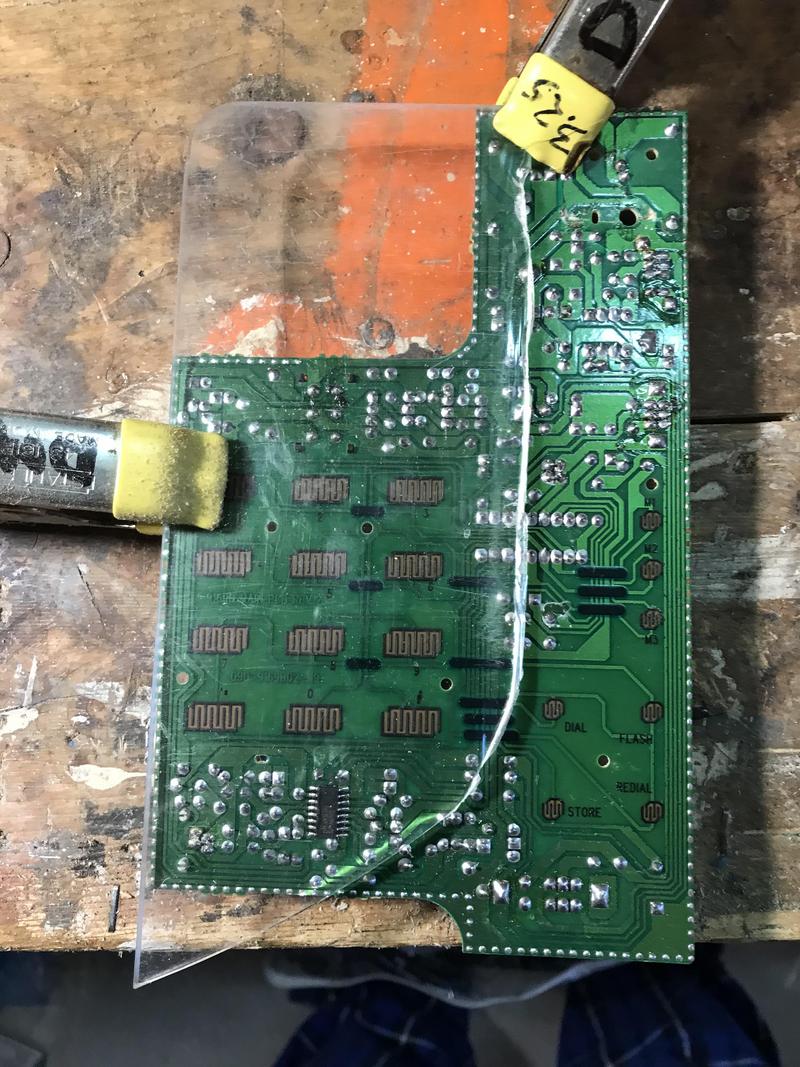 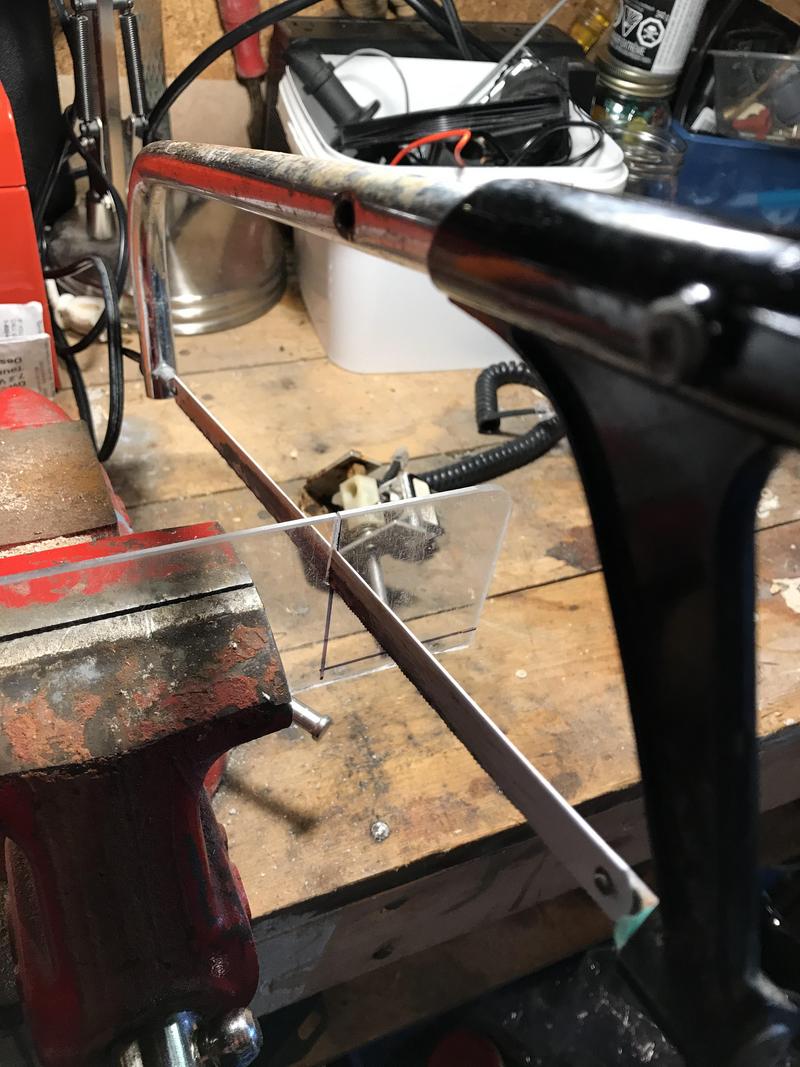 Right, let's glue some bits and bobs on here, and see what the screen'll look like. Not too shabby, I just have to sand down the corners and such to get the right feel. 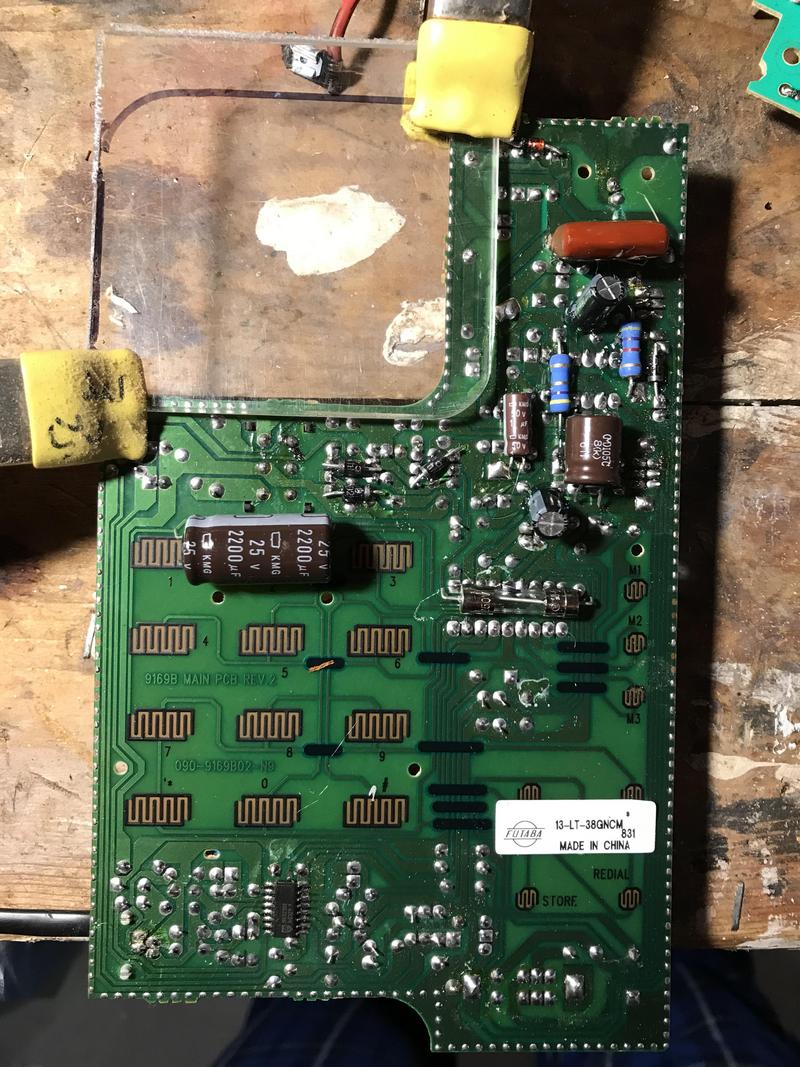 As for what's going on under the screen, I've got some thin clear sheets of plastic that I want to adhere some stickers to and place in layers in order to give a proper sense of depth like we had on the original Game Boy. But here are a few mock-ups that I'm trying to decide what to go with. 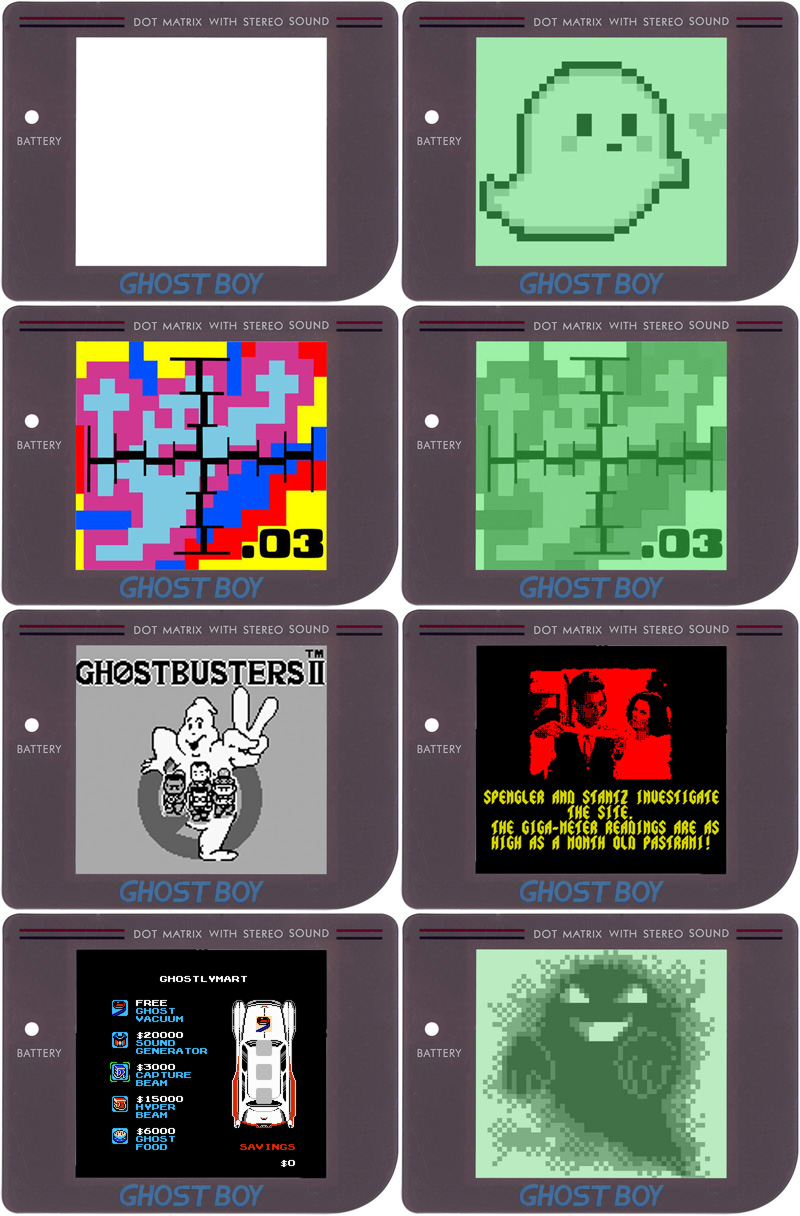 I'll be picking at it more tomorrow or this weekend, we'll see how things progress. I may even see about incorporating a little power light on it. But that's what I've got so far. I'm interested in hearing any opinions or advice you've got. (And yes, despite the earlier picture, I did find a proper black phone cord to go from the gizmo to the little back-belt part. Future pics'll show that better.)
I really have no idea what I'm doing.

By Macktacular -  July 1st, 2020, 4:48 pm
-  July 1st, 2020, 4:48 pm#4936596
That's a neat idea! But the ones I've seen are a little bulkier than what I'd like to fit on, and I don't think I want to buy something just to take it apart. Especially for a costume part rather than a prop that's meant to be handled. I have been considering doing something with the Pocket PC I got for free recently (could make for a neat scanner of some sort) but I have 0 experience in programming.

Maybe once I've got a few basic props on my costume I'll go back and take a stab at making more complex and better ones. I'll definitely keep that in mind, I've been holding onto an old model Galaxy phone for such a reason.
I really have no idea what I'm doing.

By Macktacular -  July 4th, 2020, 6:26 pm
-  July 4th, 2020, 6:26 pm#4936760
So I got the screen sanded down the corners of the screen and got things mocked up, only to find that the pouch I have to put it in doesn't have a hole in the bottom. So I removed the phone jack from the bottom and glued it near the top. I could just attach the cord directly to the board but I like having the option to take it apart this way - I think it'll be much easier to put on in two pieces rather than as one. The screen isn't perfectly aligned but eh, mistakes are made. I think I'll cut the heads off of some small screws and glue them to the screen to make it look like that's how it's attached, rather than trying to drill holes into it and risking the screen cracking. I also put together the smaller part of the gizmo and added a clip off of a tape measure to the back of it - hopefully the glue will be able to stand up to the usage. 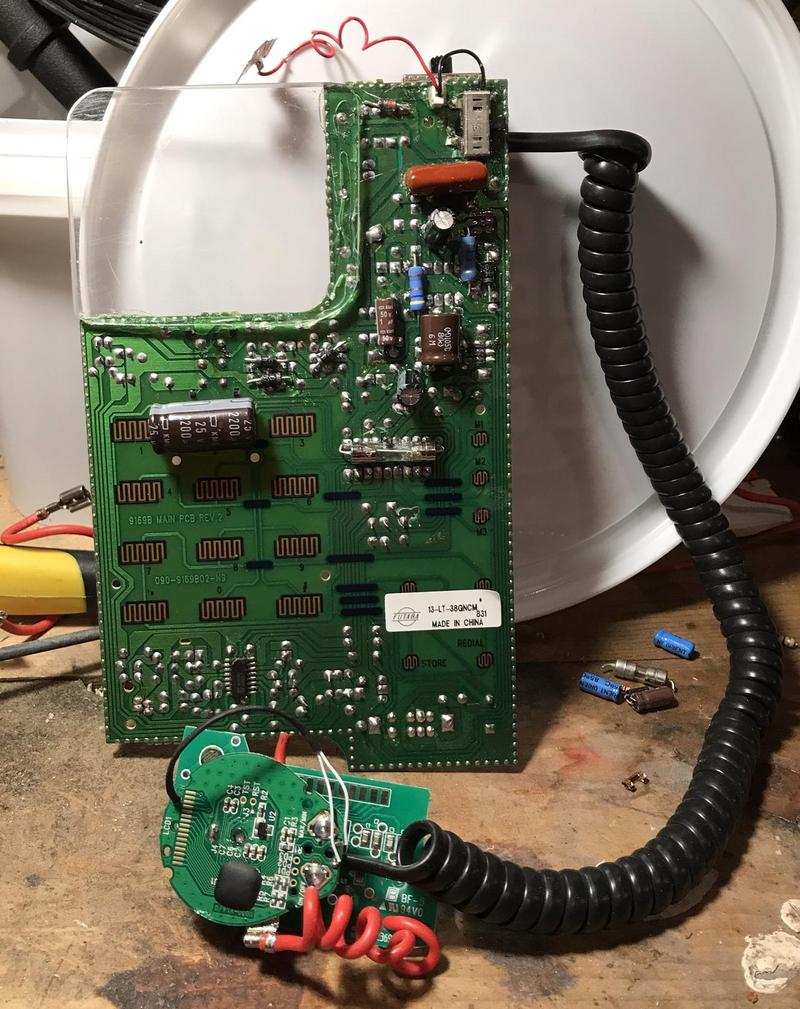 Here it is in the pouch. I'm going to continue adding pieces to the facade, like some capacitors under the screen like on the actual belt gizmos, along with some diodes and resistors I've clipped from the phone and an old adding machine. 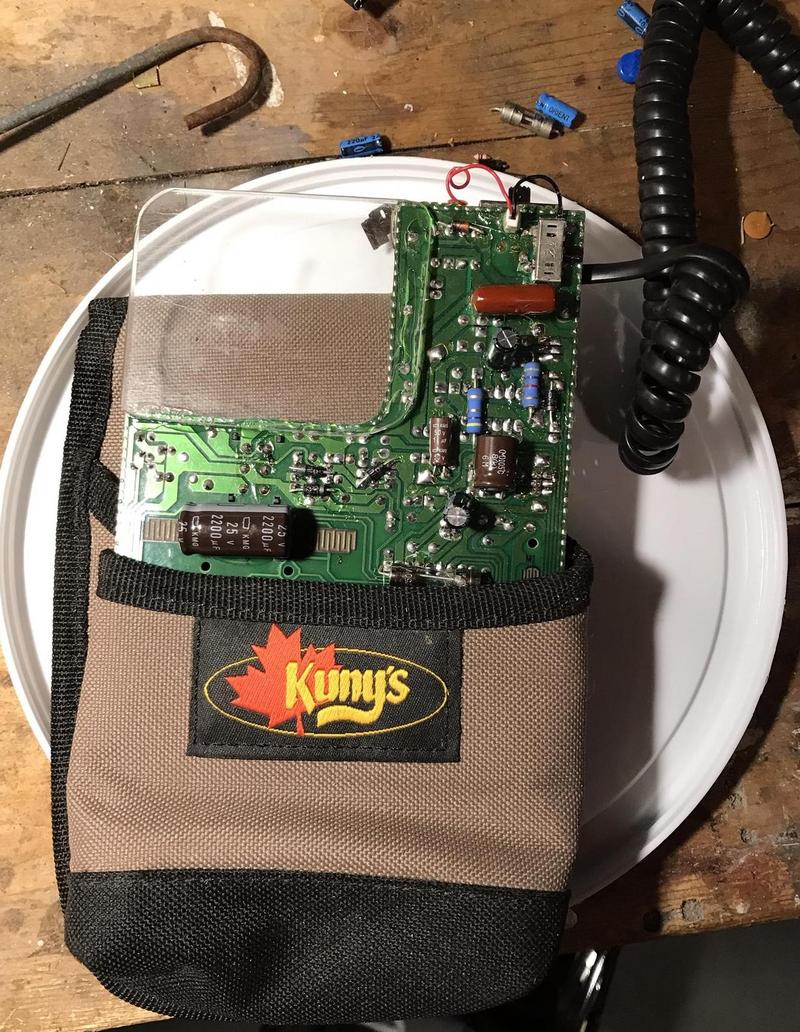 I also pulled the light piece from a cheap Halloween decoration. Rather than removing the basics and incorporating it into the circuit board I'm probably just going to glue the entire thing to the back of the board instead. There's room enough in the pouch and it'll actually help it fit in there more snugly, so why put more effort into it than it needs? 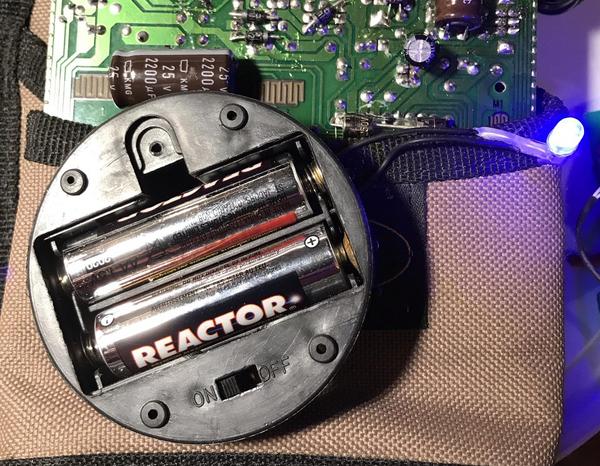 On a whim I decided to take another stab at the Ghost Boy logo. I think it turned out a little better this time. 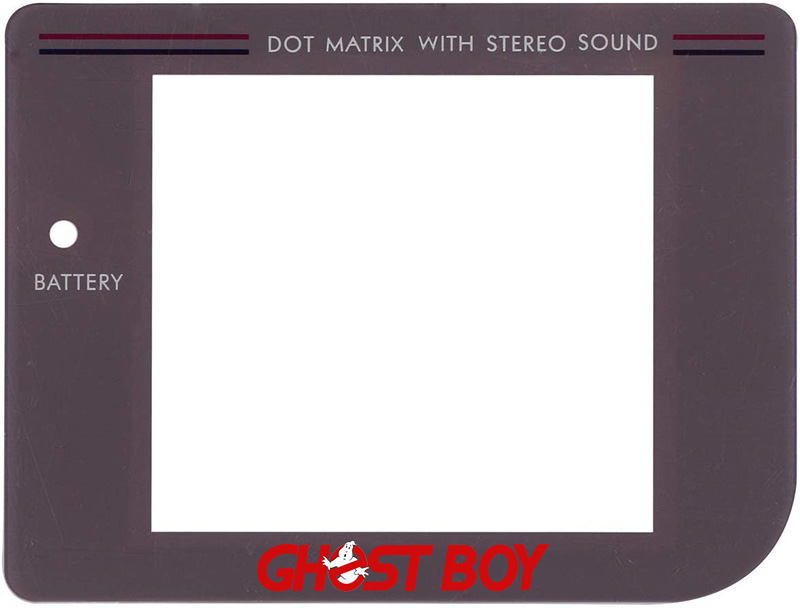 I really have no idea what I'm doing.

By Macktacular -  July 18th, 2020, 10:03 pm
-  July 18th, 2020, 10:03 pm#4937311
Instead of using another piece of plexiglass / clear plastic for the "back of the screen", I realized I had a large, solderless circuit board from an adding machine that could fill the role and look more appropriate. To cut circuit board you should wear goggles, a face mask, and work gloves - and cut using either a paper cutter or a table saw with a diamond blade, and then sand it down with some 200 grade or finer sandpaper. 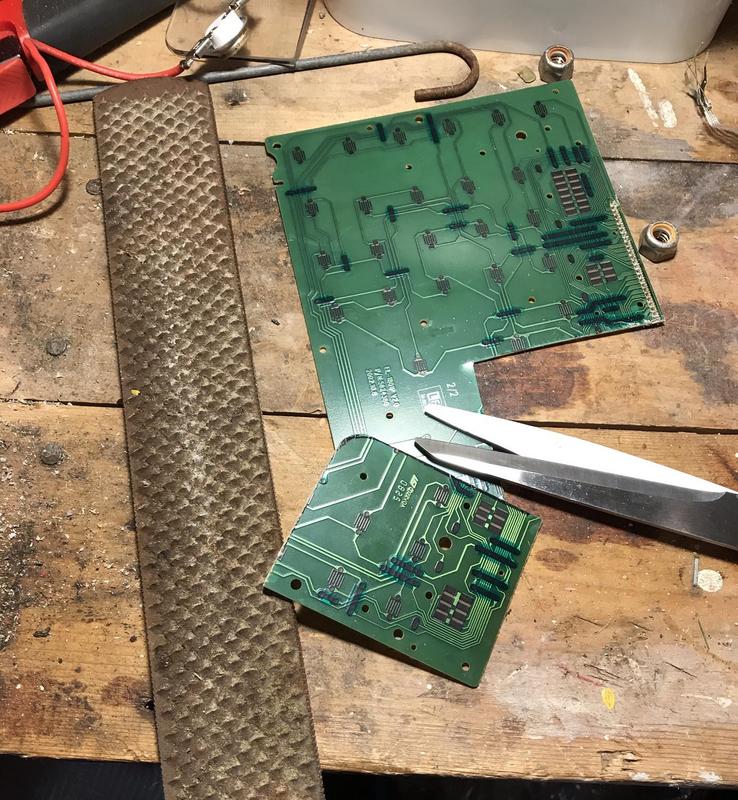 Or you could just do what I did and not wear any gear, cut it with scissors and file it down with a rusty file as long as your forearm. 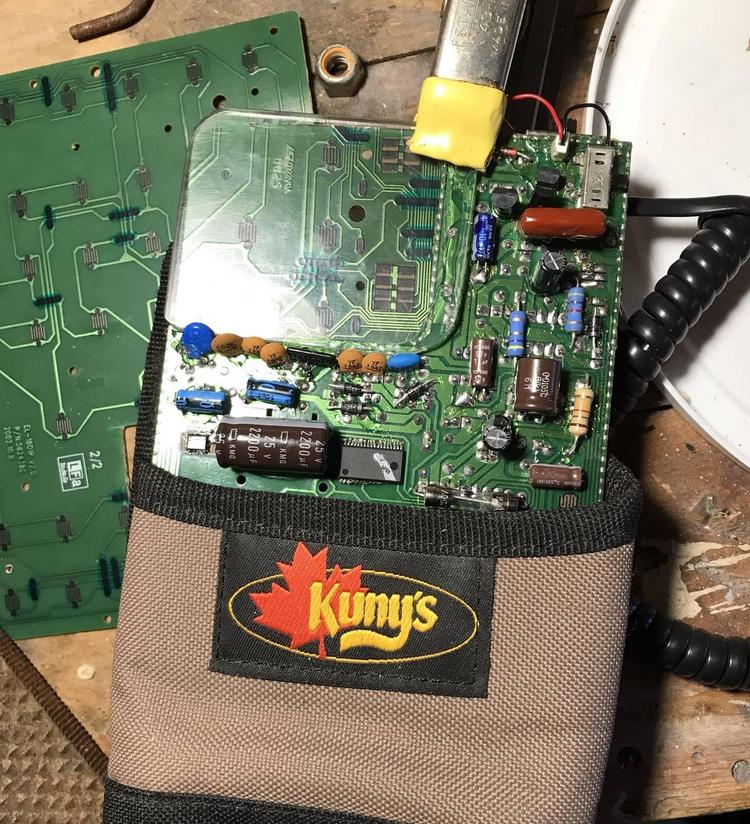 Of course, in the finished product the green side won't be seen, since that'll be covered by the "image" on the screen and the Ghost Boy logo. But the brown side matches the look of the rest of the device and gives a good surface to glue the wires that'll "power" the screen, and a spot the mount the power light. Neither of which I'll be adding until I get those images printed and attached. So this'll probably be the last update before I do that.
I really have no idea what I'm doing.

Reply
Return to “Other Props”
23Jan

I thought it was "honey potted"? Maybe[…]

You received an item/items already for all that mo[…]

I am preparing to install my electronics (having b[…]