While looking at the handful of home movies on YouTube, I wandered into this one of the 1994 revamp with Louis Tully and Walter Peck.

One of the first things the uploader shows is a closeup of a bit of clever set dressing... 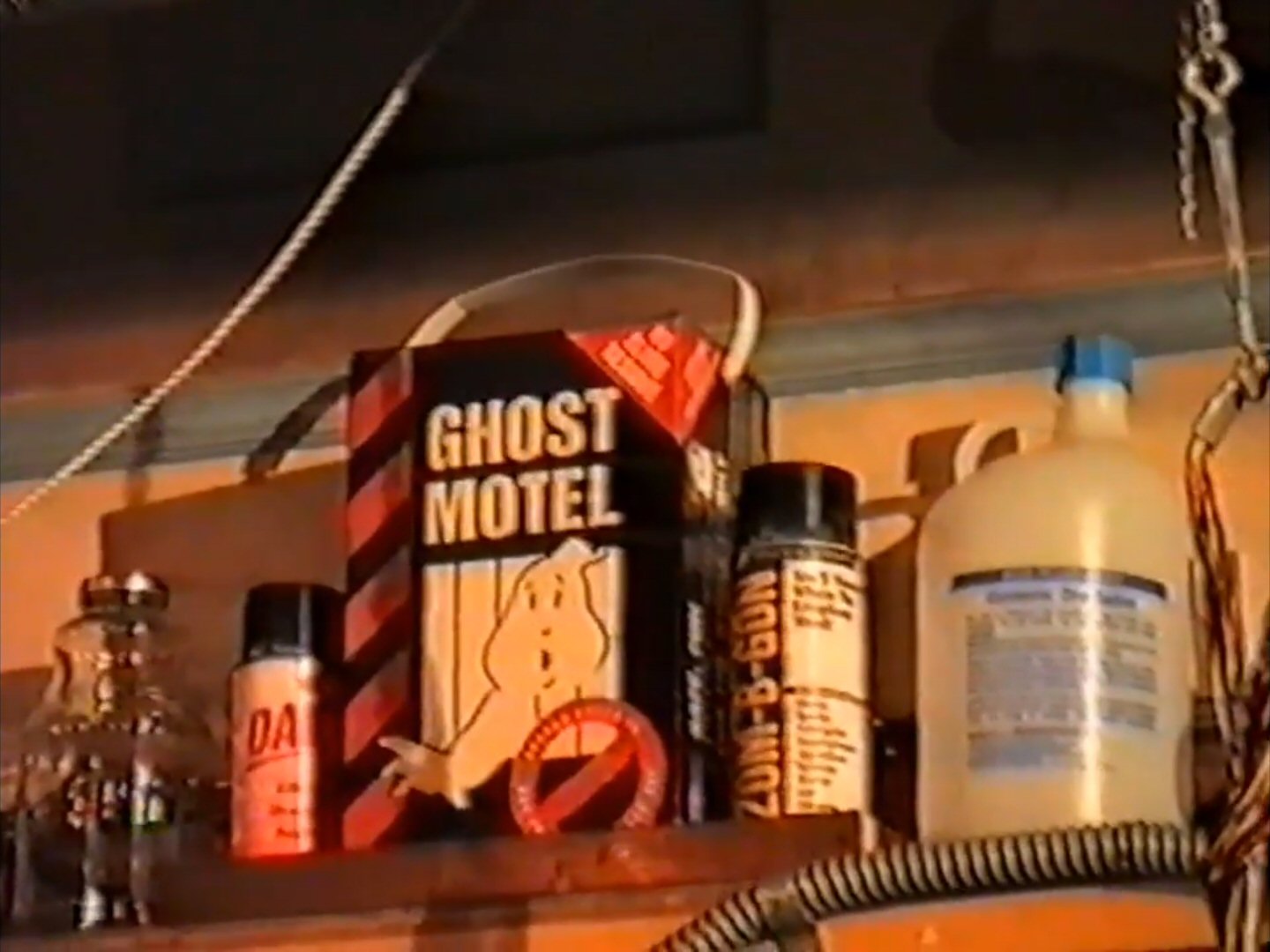 I thought the 'Ghost Motel' and 'Zom-B-Gon' parodies of insecticides Roach Motel and Bug-B-Gon were incredibly fun and charming.

Now despite the fact that a home 'Ghosticide' or 'Spectricide' would actually be detrimental to your business, because people might stop calling for the ghost exterminators, it was such a cute detail it really captured my fancy.

Using some very basic photo-editing software, I did a skew and a stretch to see how the box might have looked from straight on. 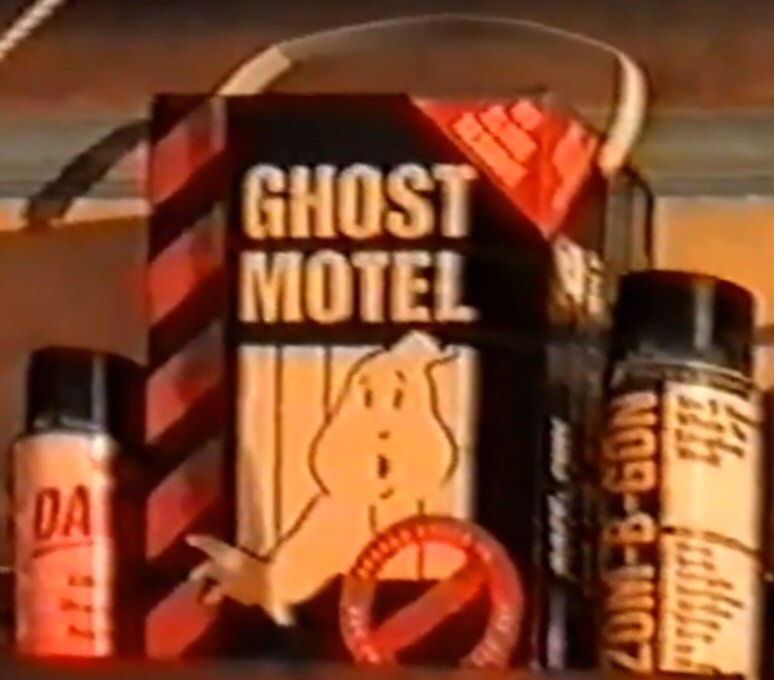 I began to wonder what the tiny pixelated text on the Ghost Motel box said. The first thing that popped to mind was that they would very likely have parodied the Roach Motel slogan, but changed it to "Ghosts check in but they don't check out".

The visible lighter spots did seem to support the correct number of letters (except where hidden by the edge of the shelf). No real way to know what the font was, so these letters are just placeholders at the moment.

And then while staring at the upper right corner blurb, the middle word popped into focus as potentially saying "Slime".

Maybe "New Slime Recipe"? No, the top word looked like it was only two letters. Not "New", but maybe "No"?

From there it was a short leap to the possible decipher "No Slime Residue!"

Now I'm really wanting to re-create the entire box and print/assemble one.


Alex
deadderek, NotSabbat liked this
What a knockabout of pure fun that was!

Reply
Return to “Other Props”
01 Jun

Hey I should have that somewhere! I know I grabbed[…]

Dan! Jesus this pack is going to be gorgeous. Wh[…]

Glad to see you come back to your files ! They sho[…]