Discuss all things Ghostbusters here, unless they would be better suited in one of the few forums below.
Reply

Spengler02 wrote:When Jane Lynch hosted SNL, she sang Glee's theme song (she supposedly wrote it), in which it was mentioned that Sue Sylvester (her character I'm guessing?) was created during a storm, when a lightning bolt struck. She appeared and the villagers asked, "Are you a god?", to which she answered "No." She also said "I'm Sue Sylvester" but I'm pretty sure that was supposed to be a reference to the Gozer scene.

Thats a bit of a stretch dude. By the same token Superman comics have referenced Ghostbusters when someone asks him if hes a god.
Still I havent seen the ep so u could be spot on. 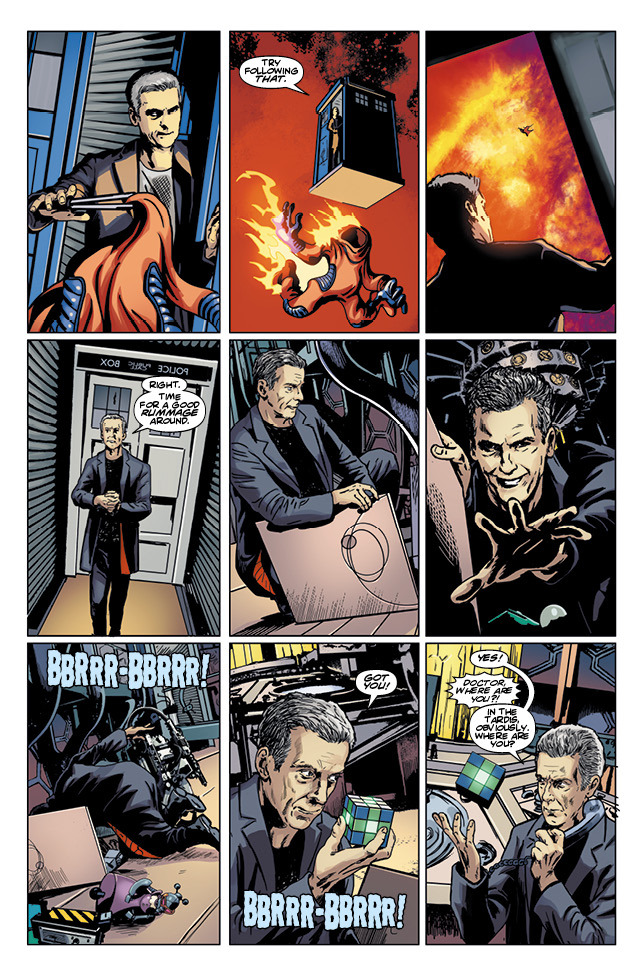 *NormalGamer* liked this
Ghostbusters Academy: To Investigate And Eliminate

gboy6 wrote:A PKE like device shows up in the new trailer for the latest My Little Pony Equestria Girls movie.
At about the 0:17 mark.

Heh, good ole Kylie Griffin. ^_^
gboy6 liked this
Kylie Griffin: I was a little girl. Twelve years ago. Jack's parents came over for dinner. We were playing in my room. The Grundel came through the window and grabbed him. I tried to save him, but the Grundel swatted me away. Said he'd come back for me… someday. Nobody believed me. They thought it was a kidnapper. Jack was never found.
Roland Jackson: It's OK, Kylie.
Kylie Griffin: I blocked it from my memory. Until it came back last night.
-Extreme Ghostbusters - Grundlesque (early script)

During the intro stuff about "silence your phones" they also had a "report any slimey or suspicious characters" and they had an animation of a ghost trap come out and suck the words down.
Like The Buffalo Ghostbusters on Facebook!

"Janine, didn't yo mamma ever tell you not to get involved with no Ghostbuster? Now go on home."
--- Dr. Venkman (GB1, deleted scene)

Victor: "There is no Victor. There is only Doom."
My Halloween 2015 Budget Cardboard Proton Pack Scratch Build with Pics

Alex
*NormalGamer*, zeta otaku, barison82 liked this
What a knockabout of pure fun that was!

By Gloomdrifter -  October 9th, 2015, 11:13 am
-  October 9th, 2015, 11:13 am#4845678
Last weeks episode of Doctor Who "Under the Lake" involves ghosts. They made the obligatory reference of saying Ghostbusters when they were talking about getting help. Though it was said in a off handed way that didn't imply a direct reference to the movie, with subtitles on Ghostbusters was capitalized.
Everything you are doing is bad. I want you to know this.

Radar wrote:
SNL has quite a history with the Ghostbusters.

By Heroic35 -  October 15th, 2015, 7:43 am
-  October 15th, 2015, 7:43 am#4846099
Supernatural had a ghostbusters reference on the s11e2 void and form. A mom asks "who are you going to call?" Then it cuts to Dean Winchester answering a cell phone and saying, "Ghostbusters!"
I sometimes think Dean Yaeger trolls me here:
"Your theories are the worst kind of popular tripe, your methods are sloppy, and your conclusions are highly questionable!"

My Ghostbusters Collection: http://www.gbfans.com/community/viewtop ... 89&t=34238
Who Ya Gonna Collect? Blog

By gboy6 -  October 30th, 2015, 12:44 am
-  October 30th, 2015, 12:44 am#4847091
The recent Teen Titans Go episode "Scary Figure Dance" references Ghostbusters yet again. There's a song similar to the Ghostbusters theme song that plays throughout the episode. And their attempt to call the "guys that are good at busting ghosts." They also say the line "Busting make you feel good."
Ghostbusters Academy: To Investigate And Eliminate

Thanks for sorting out the code @Kingpin. The se[…]

Most of the original song has been dropped entirel[…]