There had been one time I drove across town in summer without realizing the lights were on. Same town, the summer before, and drove past a cop. Both incidents I'm the daylight, but the accidental one, no problem.

There are geek cops out there, but also asshole ones. Pretty much put the plug in the jug being a ghosthead for me, so be warned.

Sent from my Xoom using Ghostbusters Fans on Android 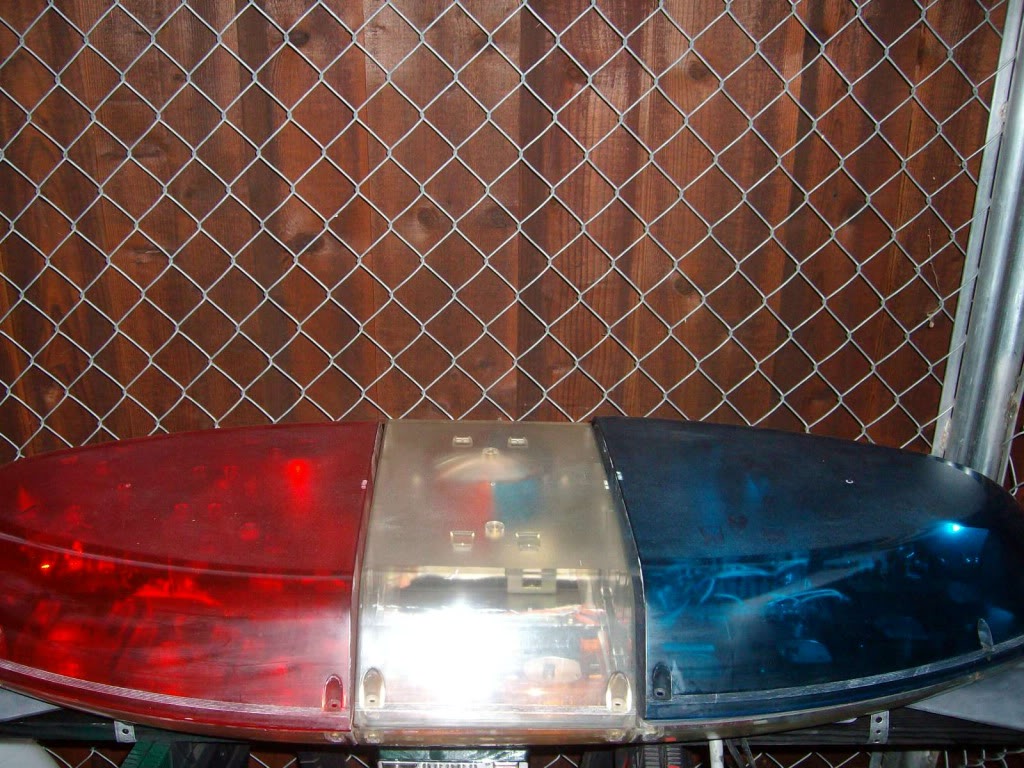 The only time we run the lights, or have them uncovered is if it's on display, or in a parade.
We had one incident where we were on the freeway and the cover came partway off, and got pulled over. Didn't get a ticket just a warning to keep it covered when not at a function.

Now, I've been told that amber lights in the DFW area will get you tagged. They're permit only. Oddly enough, all blue lights are permitted in the DFW area for personal use...so when I visit that area for conventions, I plan to clear lense and add in my blue filters.

In Oklahoma, where I also frequent, its illegal to even mount the lightbars. Fortunately, officers are not really told to enforce it because so many contractors, farmers, and offroad hobbyists mount them for legit reasons. They just ask that you not light them on roadways. I bought a lot of my lighting equipment from an officer in Oklahoma and he was totally cool about it.

If your doing a fan film just be sure to notify the local police and let them know what your doing.

I used to work at a railroad museum and one year for our Halloween event myself and another member put Red & Blue light bars on our cars, staged a auto accident on one of our service roads along the tracks and had a half dozen people dressed as zombies wandering around (I was dressed in a full Raccoon City Police uniform (Resident Evil) lol!) We notified local Police and Park Police via email and phone call and went door to door to the half dozen houses near where we were planning to setup to notify everyone what we were doing even tho it was on the museum property which is private property

By SpaceBallz -  February 23rd, 2021, 12:25 am
-  February 23rd, 2021, 12:25 am#4946207
I didn't even bother looking for the blue rotators, I went straight for the LED custom colors and went with green and purple. They still looks pretty awesome, much brighter and use less battery. We only turn them on if we're parked somewhere or during a parade.
co-worker: hey the going away party is in the back
me (with new mullet): oh i know where the party is

By Ghostbuster Kid -  April 15th, 2021, 1:18 pm
-  April 15th, 2021, 1:18 pm#4948215
At this point (and here in MN) using a 2011 impala as a sort of "shock vehicle", ive found that usually amber and white are the norms. I guess you COULD get reds or blues and get covers, and depending on where you went it could be okay, but I would NEVER run them on the road. Green or purple lights would be interesting because no one uses them, but both colors are technically illegal.

Over the years what I discovered was that no one cares about either (anymore). Sony has never contacted me and told me to stop doing an event or check to assure there was no "unjust enrichment", the legal term whether any money was exchanged or not. In regards to the lights, the absolute most I've ever had happen was learning The Werewolf one year during Comic-Con. We turned on the lights and siren while leaving the curb because everyone wanted a picture/video, etc. Traffic is at a crawl so I figured it wouldn't hurt anything. The SDPD officer who ran up to our window had different thoughts on the topic. It was a pleasant conversation filled with lots of "yes sir" and "we won't do it again."

The absolute best examples of how much no one cares about the lights were:

Sept 2010 - We drove Ernie Hudson to the 3G gallery event. At the final intersection we turned on lights and siren to arrive, then left them on while blocking a lane of traffic. Inconsiderate? Sure. 800 lb gorilla? Also, yes. LAPD drove by many times and said we've got to move or they'll have no choice but to ticket us. I totally get it. We did our 5 min of PR then slid into a nearby parking lot. Not one mention was made of the blue lights being on. Why? Probably because it's LA and they have way bigger problems than us, but also because it's pretty obviously not a cop car, even with the blue lights.

June 2011 - We had already established a friendship with author Ernie Cline some months prior. When Comic-Con came around it was a pleasant surprise that we ran into him on the street of Comic-Con while we were parked at some random spot. Ernie happened to pass by but said he couldn't talk; the crowds were so thick he was now late to get to the event he was a keynote speaker at. That event was at Horton Plaza, many blocks away. I knew there was no way a person on foot would make it there in time even under lighter conditions. We offered to give him a ride which he graciously accepted but the real surprise came from an SDPD officer directing traffic. It was a longshot and pretty ballsy to even ask, but I inquired about taking a shortcut through a side street that was roped off for city and service vehicles only. He shrugged in way that seemed to express "why not?" then twirled one hand in the air and said "turn em on!" as we were directed to take the shortcut.

Lights and siren for three blocks through a crowded downtown San Diego, that dumped us on the east side of Horton plaza about 200 feet from the door he needed to go to. ...because an SDPD officer said so.

This is the first time I've mentioned it here or anywhere, but Ernie posted it on his blog the next day. I will never forget that. Somehow I heard the voice of that kid from Die Hard 3 when he said "Look around. The cops are all into something. You could rob city hall." I had the lights and siren on and absolutely no one cared.

Over 11 years I never misused them ( other than that one time at the Werewolf ) but I do recall the lesson which is that everyone's just to used to seeing the Ghostbusters Ectmobile with blue lights that I suspect most law enforcement look right past it. One of my neighbors is a CHP detective and he could care less when I have the car over. It's never been a topic. Sometimes I actually think if the lights had been purple or green or some other color that it would have been jarring enough that someone might have stopped to ask a question or two, maybe even write a citation. ...but those blue lights? Everyone just sort of expects them on an Ecto.
69428scj, BRD 527 liked this

And welcome back, Bryan.

For clarification, I was correcting myself where I[…]

Whilst I agree that traditional rattails are usual[…]