For news, reviews, videos and general topics about Ghostbusters: The Video Game, and the newer apps on Android and iOS.
Reply 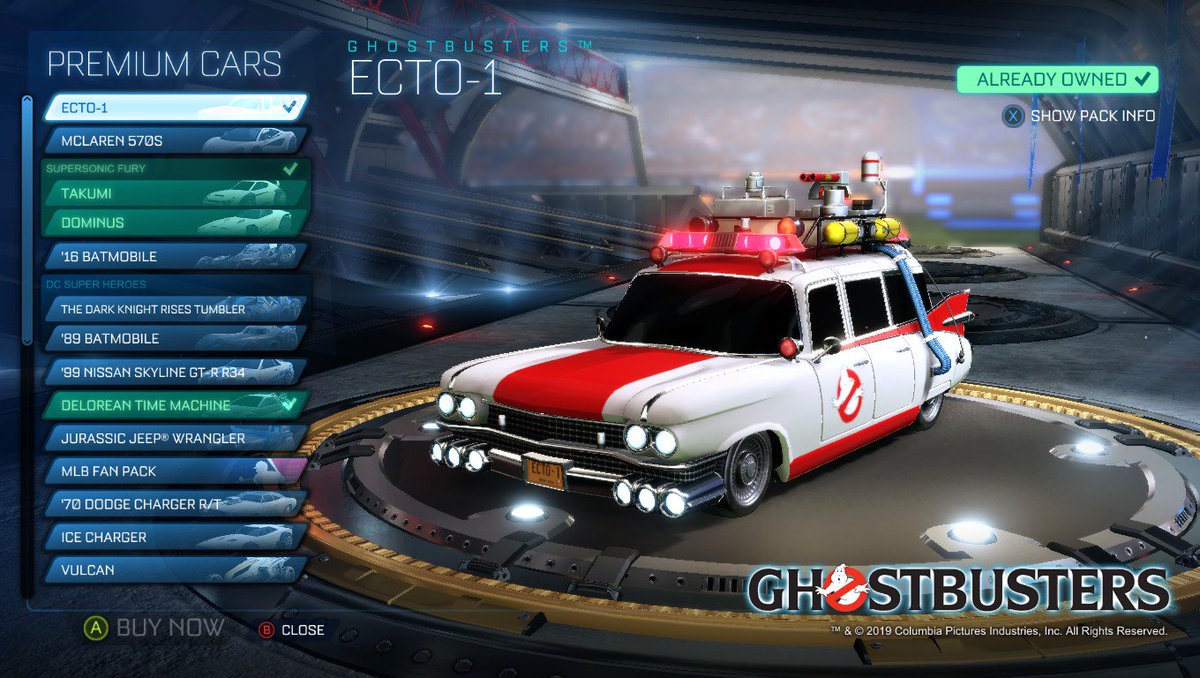 I had not played my copy of the game in a few years, but I felt I had to jump back in now that they've added in my favourite car.

The game is just as fun as I remembered it being and I seem to be re-addicted to it, so I figured I'd show some images to anyone here that doesn't play/has no interest in buying the game and show you some of the neat little things they did, such as having a Proton Stream or Ectoplasm shoot out of the back when you do a boost: 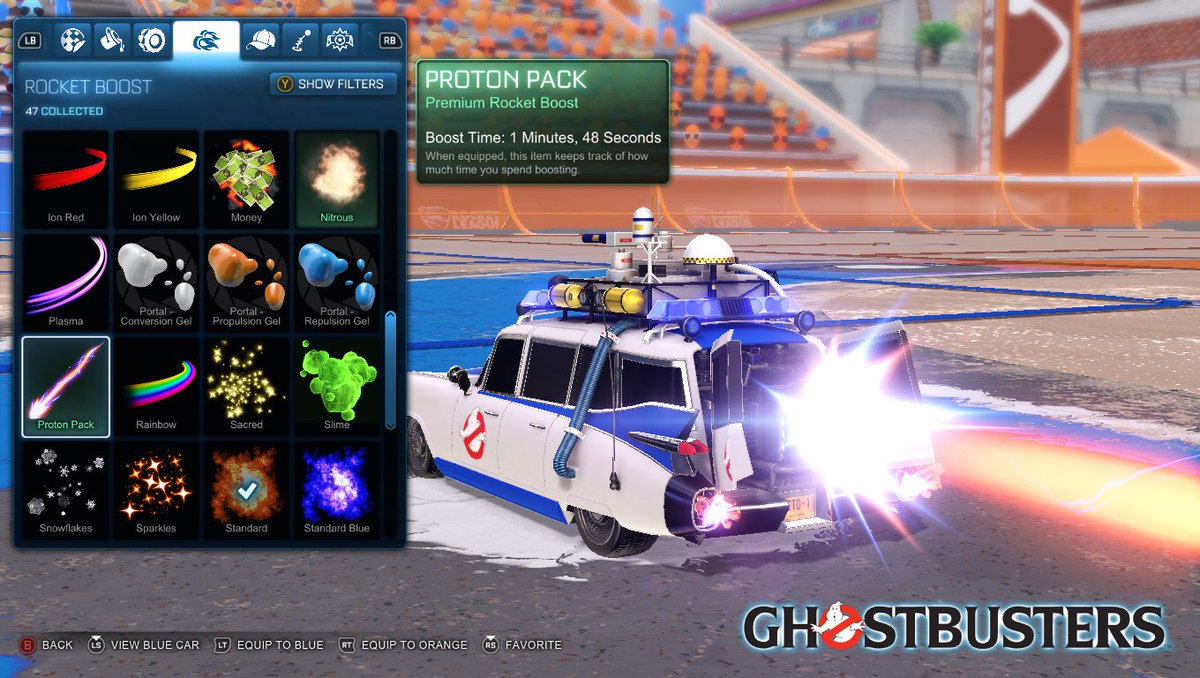 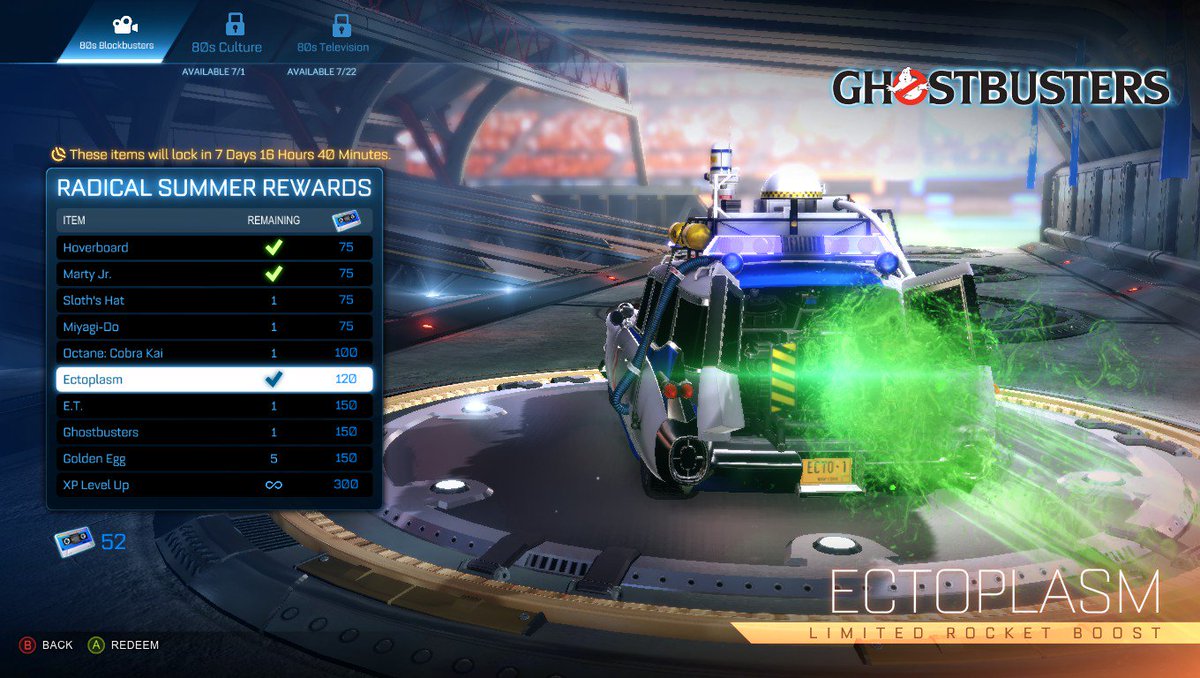 You can also make it so scoring a goal makes Stay Puft show up and stomp around for a few seconds: 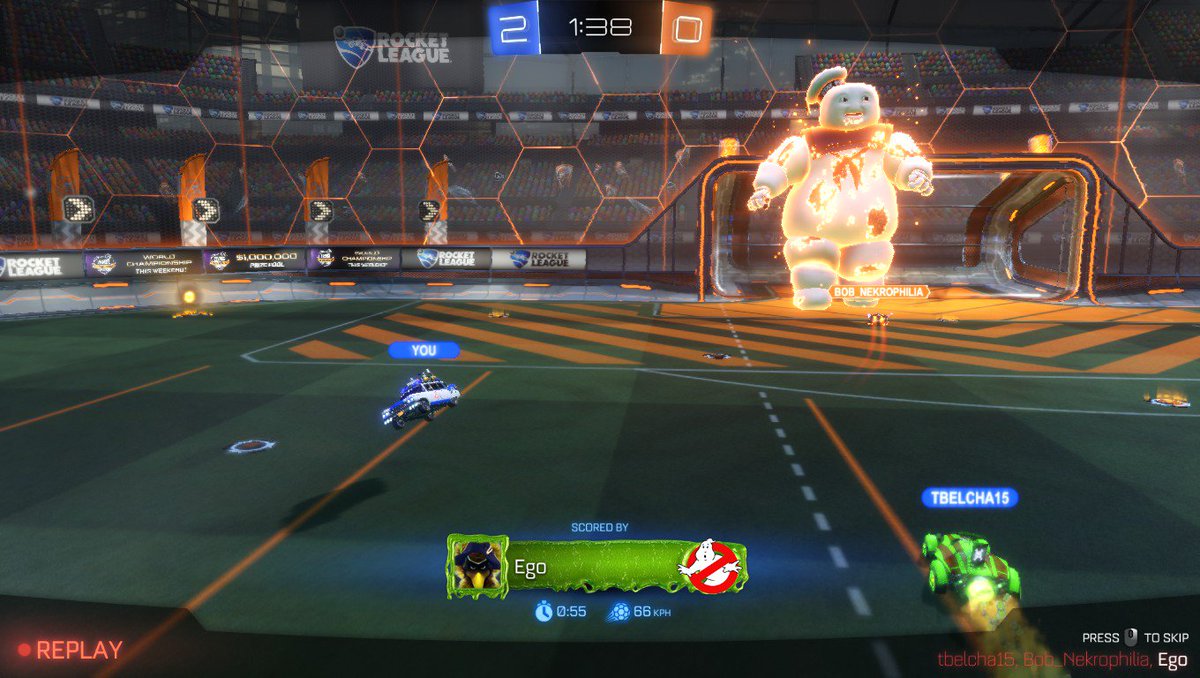 They've also added a mode where you use a proton stream to grab the ball in mid-air for a few seconds, allowing you to drag it around and away from the other team. From what I understand, this mode won't be around forever though, its just limited to the summer.

And lastly they added the Ghostbusters logo as rims but you can't add it to the Ecto-1 itself, only on the other normal cars: 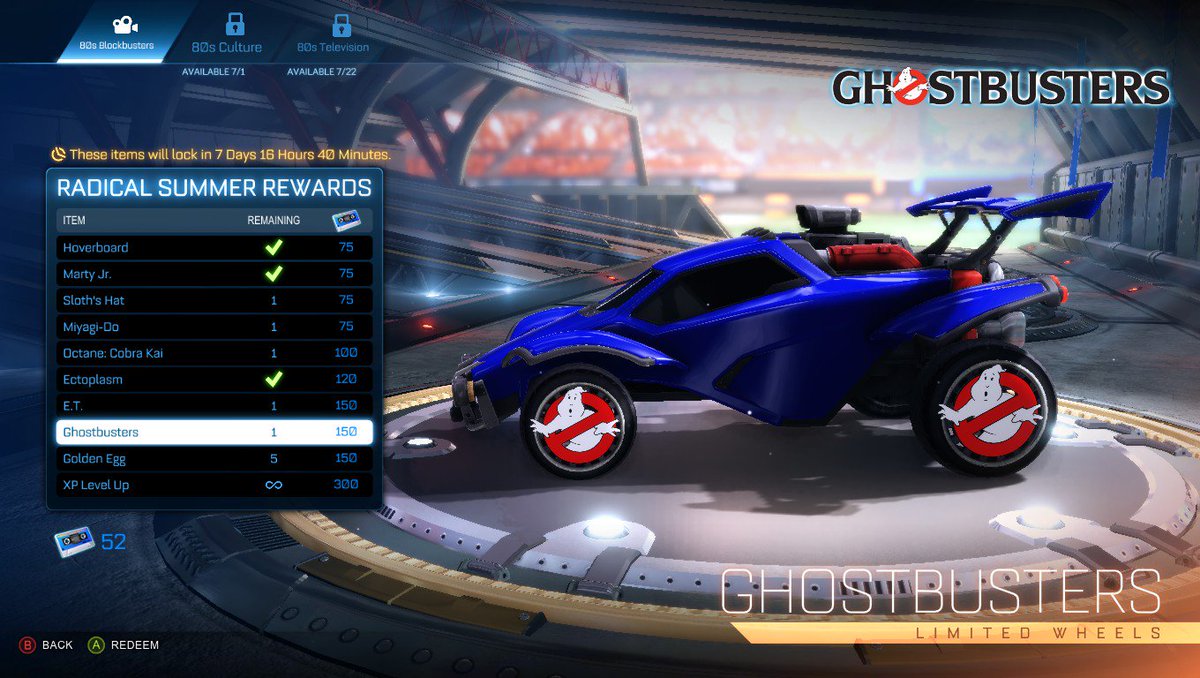 If some of you are wondering why the Hood of the Ecto-1 is Red or Blue in the screenshots, this is because they have to make it so other players can easily identify what team you are on.

Overall I think they did a really nice job with it. I'd love them to add the Ecto 1A as well at some point. With the option of pink mood slime shooting out of the back.

Is it these? Not live yet but these should be the […]

Considering I just paid for my order from BenofKen[…]

Hi TragicManner! This is a great walkthrough and I[…]