By RedSpecial -  October 16th, 2020, 10:41 am
-  October 16th, 2020, 10:41 am#4941023
I just eyeballed the placement so each one is kind of behind each corner of the centre piece of the bumper.
They aren't exactly consistent or precicely placed on the screen used packs so you don't have to worry about them being perfectly spaced.
Basically, they should face towards the center of the cyclotron on each ring if that makes sense.
They were drilled and tapped with M3 or 4-40 UNC threads 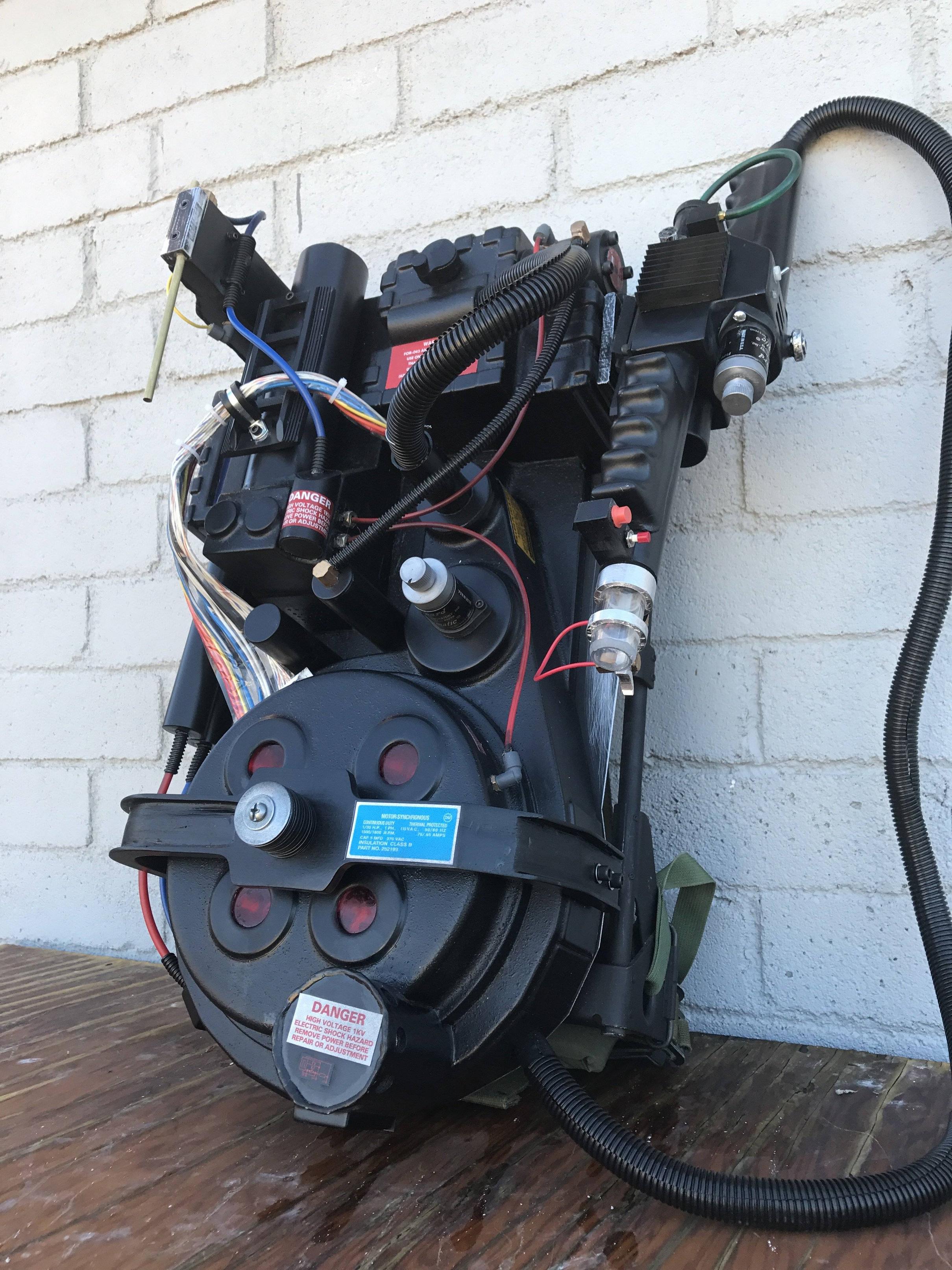 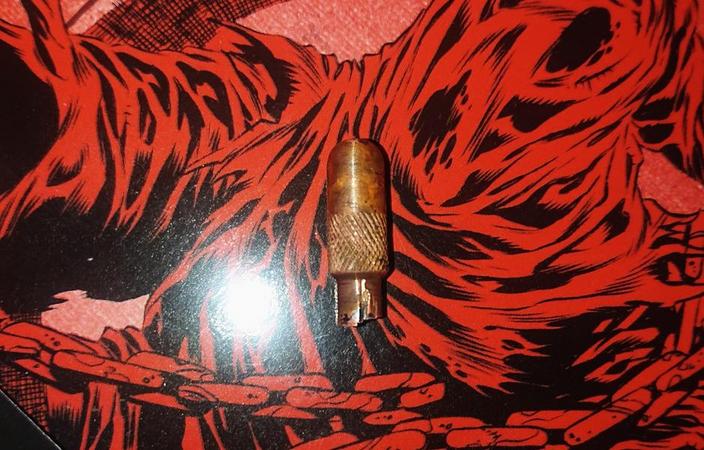 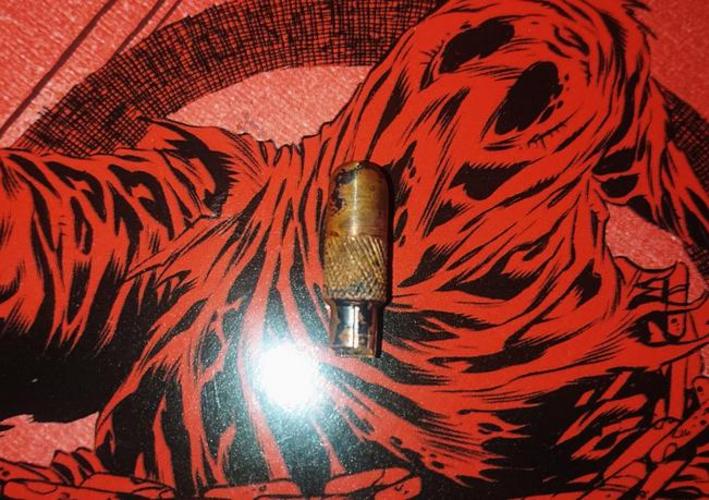 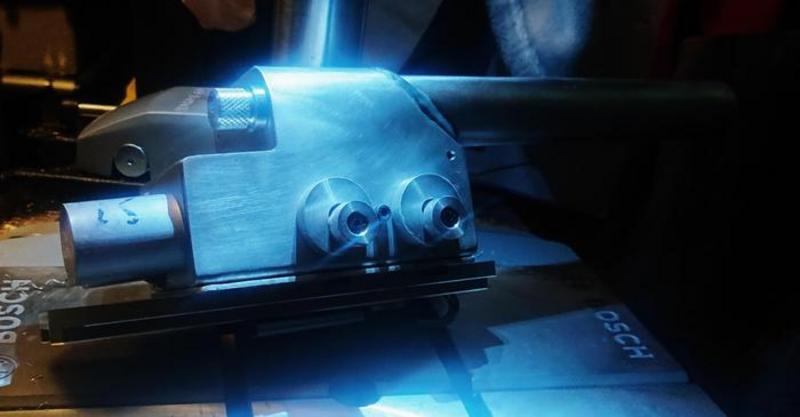 kahuna900, Mattb1Stantz, Peet and 2 others liked this

By RedSpecial -  February 7th, 2021, 7:14 am
-  February 7th, 2021, 7:14 am#4945661
Here's where I'm up to as of today.
I'm currently working on the lever for the pop mech but aside from that it's pretty much complete in terms of metal work, barring a few tweaks here and there.
Next it's on to the part that I've been looking forward to.
Sculpting the wonky grips, making a mould and producing a couple of castings to attach to the handles. 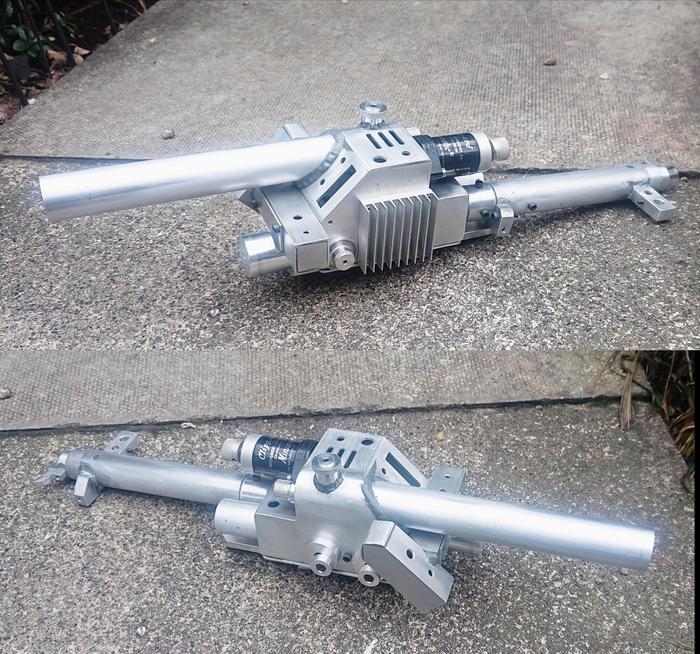 This is inspired by Mburkit's amazing build.
I'll link to his thread when I can find it for those who haven't seen it.

On to making grips!

By RedSpecial -  February 16th, 2021, 8:59 am
-  February 16th, 2021, 8:59 am#4945979
I finished sculpting the Hero style, warts and all wonky grip today and I'll be making a start on the mould tomorrow.
There are plenty of great thrower grips out there to purchase but none of them tick the specific boxes that I'm looking for.
I'll go into the reasoning behind this later. 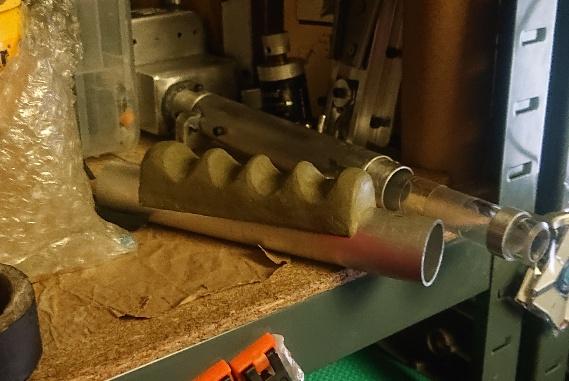 By RedSpecial -  February 16th, 2021, 2:23 pm
-  February 16th, 2021, 2:23 pm#4945991
Lets talk grips.
Or specifically the features I'm looking for that aren't currently offered amongst commercially available grips which prompted me to make my own, featuring these details.
I won't touch the great colour debate right now, I'll leave that until I get around to casting a set of grips to attach to my thrower.

The original grips were fairly roughly sculpted no doubt due to the timescale in which the packs had to be constructed.
As such they are pretty unrefined, with various markings left from rakes, loop tools and various other tooling marks evident on the surface as well as some indentations which appear to be left by air entrapment during the casting process but that isnt relevant to what I'm looking for in this case.
You'll see the tooling marks present in the following images.
The most noticeable of which are these etched lines which are the result of using a rake tool when sculpting in order to smooth and unify the surface. 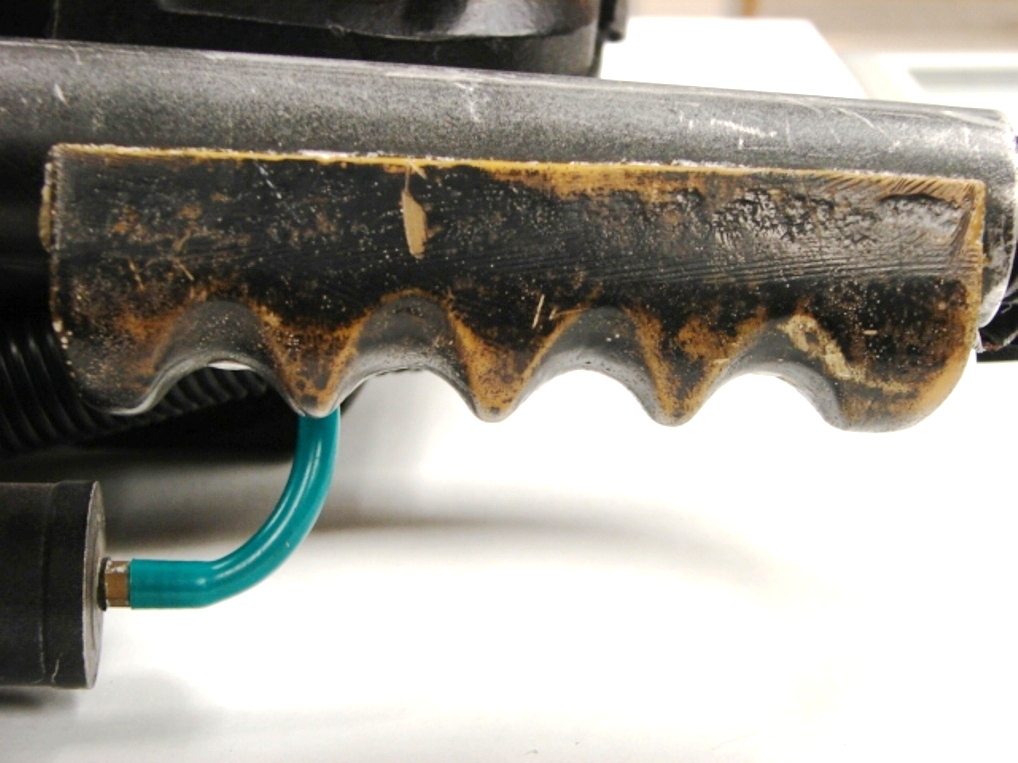 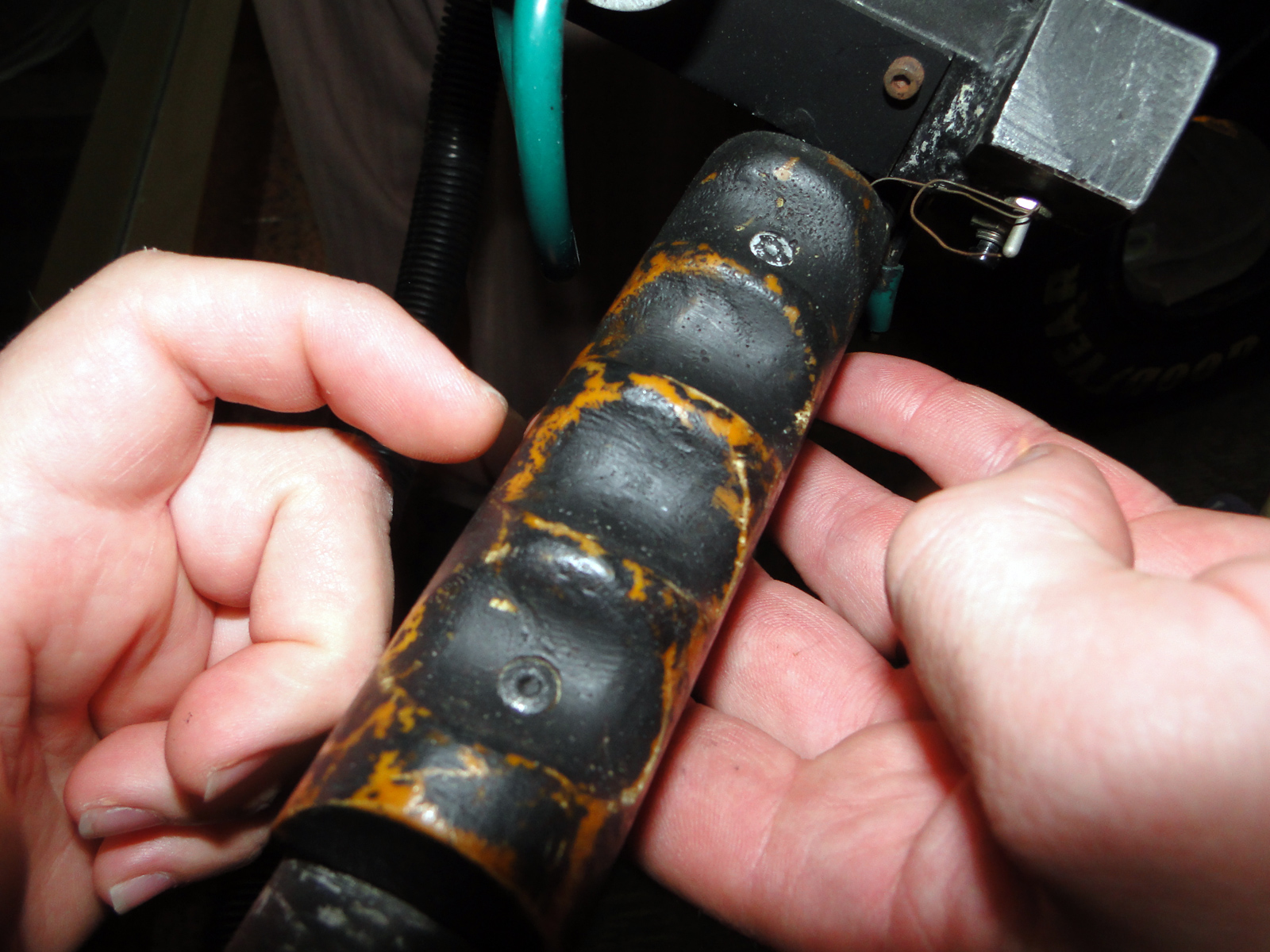 The second, and most important feature that I am looking for also happens to be the most striking one.
As you'll see in these images the grips were not level along the length of the handles.
Instead, they feature quite a dramatic change in angle from front to back.
The orientation of the grips differ from pack to pack as many things do and some grips are trimmed down at the ends in order to accommodate the specific quirks that would otherwise cause fitting issues but this is a common quirk across all hero packs

Here is some reference from the various packs, most noticeable in this image of the recently resurfaced Aykroyd Hero pack. 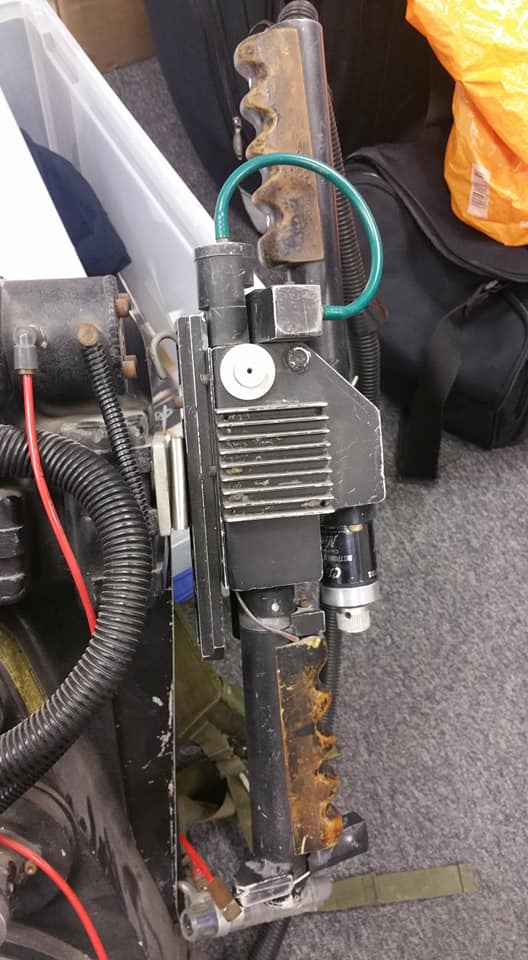 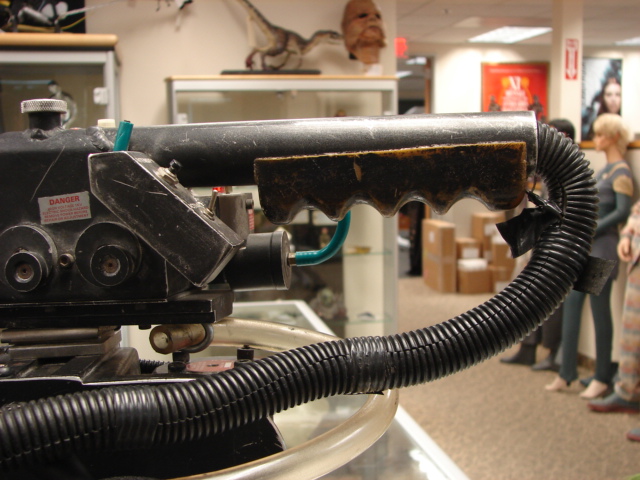 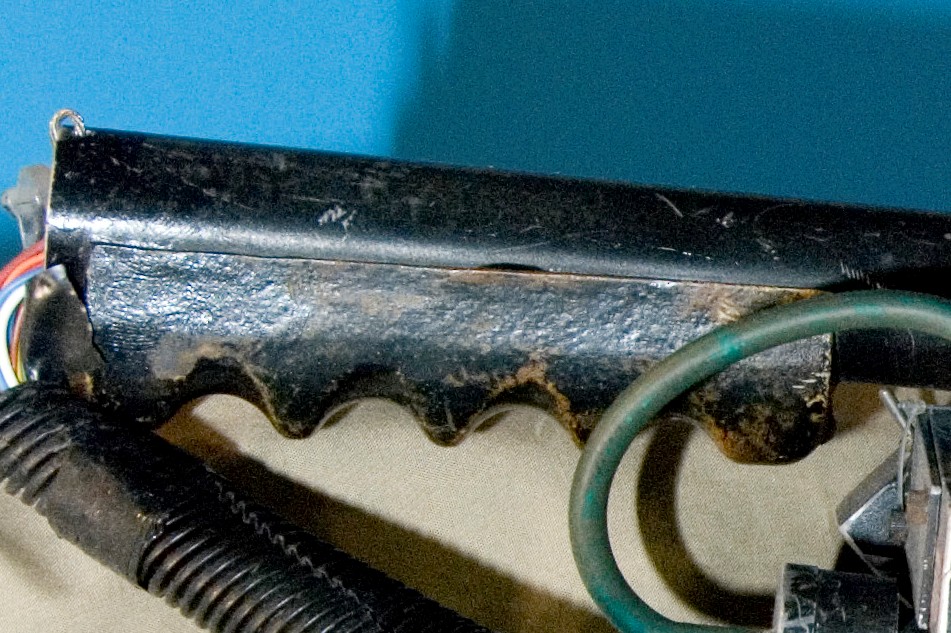 I know for many they would consider these details to be flaws, preferring to use a more idealised, cleaner set of grips.
But for me these are essential features which add greatly to the character of the original packs.
mburkit, JWils23, Demon Vice Commander and 1 others liked this

By JWils23 -  February 16th, 2021, 3:54 pm
-  February 16th, 2021, 3:54 pm#4945994
Love the updates and the attention to little details, I'm sure your grips will be spot on! I'm glad you posted this as I've got two sets of lineage grips from Ron and I'm trying to decide which ones to use, I'll have to see if they have any of the imperfections you've shown here. Maybe that will help make my decision haha
RedSpecial liked this
Someone blows their nose and you want to keep it? 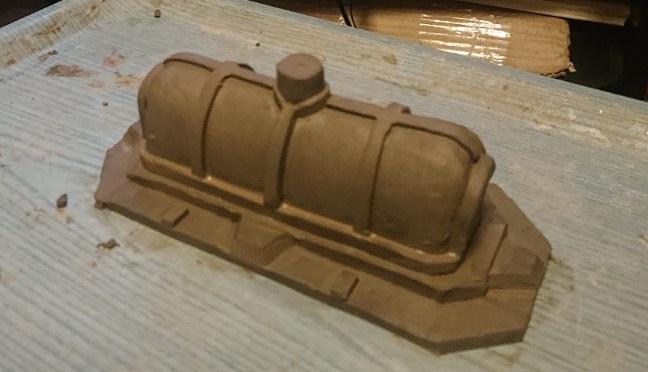 I am new to the site and need advice. My wife bo[…]

I was 3 when the ghostbuster II trailers came out […]